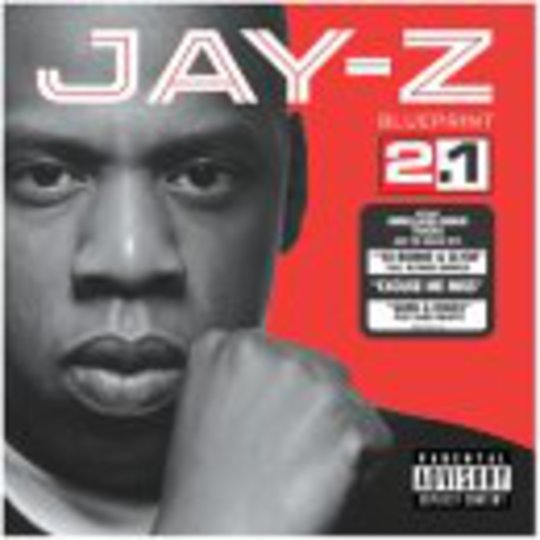 This is Jay-Z’s 3rd ‘Blueprint’ titled release in as many years, and this time it’s an edited version of ‘The Blueprint 2: The Gift and the Curse’. In an attempt to reclaim a bit of face he’s now claiming that this new track listing was his original vision for the LP, and was convinced by his Roc-A-Fella label management to go with the double set. Cough! Bullshit.

It was pretty obvious that Jay was going to get slammed over the length of the 2 disc set of Blueprint 2. But he had something to prove after his original ‘Blueprint’ got pissed on from a great height by Nas’s 'Stillmatic'. But Jay made the mistake of padding it out with at least 10 fillers, and when even the Neptunes cuts weren’t hitting the spot it should’ve set alarm bells ringing well before release date.

He tried to cover too many styles last time, but at least he’s had the sense to choose the best cuts for inclusion here. But you can’t go back in time, this is only a sales exercise, he isn’t doing this to reveal his vision, it’s because he released a sprawling mess while his peers released classics. It’ll be a stain on his track record and ammo for those that want to pull him down. Hip-Hop double albums just don’t work. They either end up being a showcase for the artist’s mates or revealing in Technicolor the weaknesses of an MC.

Of the 2 new tracks, ‘Excuse me Miss (again)’ is a much harsher and lyrically smarter Neptunes mix of the original ('Excuse me Miss') and skips the sweetener of Pharrell’s hook altogether. ‘Stop’, a Swizz Beats joint, is also a lot heavier than a lot of the production on the LP, again a good thing. But sadly, instead of raising the quality level it just makes the original pieces look even worse.

In retrospect, a career chapter Jay-Z could have done without.

The Faint at Octagon at Sheffield University, Sheffield, Fri 04 Apr