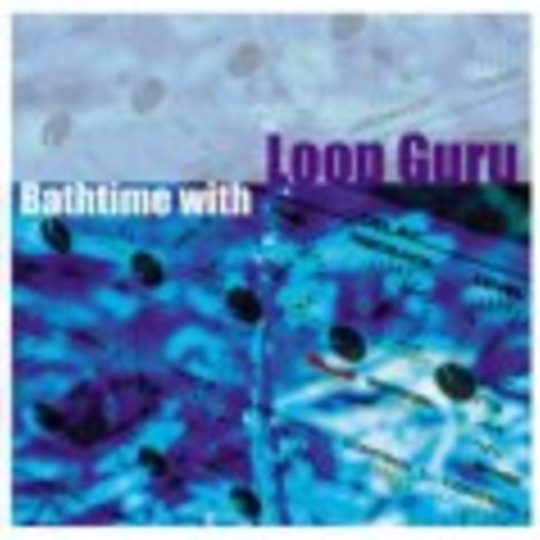 It has been five years since Loop Guru’s previous album, ’Loop Bites Dog’ and it sounds like main men JaMuud and Saam have been doing some serious chilling if this dub heavy, spice laden musical journey is anything to go by.

Well known on the global dance scene, Loop Guru have never failed to impress with their blend of live instrumentation, loops, and samples of exotic sounds from the far flung corners of the globe, and ’Bathtime With…’ continues their exploration of this rich seam.

The music is ”constructed, destructed and re-constructed” in their own inimitable way and somehow, out of this chaos, flows a series of lush soundscapes that sees the group exploring their more relaxed side as opposed to the upbeat dance grooves on their previous effort. I have no idea what instruments were used to create this album ('Ning Blatters'? 'Earworm Generator'? 'Psychedelic Canary' anyone?), but they fuse together beautifully to create a kind of sonic liquidity that allows the music to float over and around you.

’Bathtime With…’ offers up a musical journey to submerge yourself in and opens up with bird sounds and the drifting bass of opener ’Today’, followed by the sparkling keyboards and the nostalgic trombone sound of ’Spring’.

’Devotion No.1’ and ’Devotion No.4’ are both eight-minute-plus cinematic epics, the previous being a sumptuous Indian-influenced, sitar-lead trip with gorgeous sampled vocals courtesy of Tamarind Free Jones, while the latter takes the dub influence to the dance floor. ’Truffaut’s Hat’ and ’Bathtime’ provide lighter, quirkier moments, while ’Marble One’ is a quite wonderful mix of cello and dub beats that sound an unlikely pairing but really hit the spot in a blissed out, float-downstream kind of way. ’Promenade Sentimentale’ laces the dub theme with the seductive and sensual spoken words of Lydie Pfeiffer that will melt you inside. This leaves the final track and quite possibly my favourite, ’Fumsbow’, a quirky little pop beast that is pure fun and gives you a gentle kick before the album closes.

’Bathtime With…’ is a meandering, exotic journey through Loop Guru’s own special guruniverse, an album to submerge oneself in, to get lost in the lustrous landscapes and musical tapestries. If you are not a fan of this type of global dance music, then this is unlikely to sway you; however, if you are prone to world grooves then this is easily up there with the best of Loop Guru’s previous output. Undeniably stamped with their own unique identity, it stands out a mile that this is Loop Guru, but this album has enough of its own character to make it more than a simple rehash of past glories.

Even The Saints Can Get It Wrong