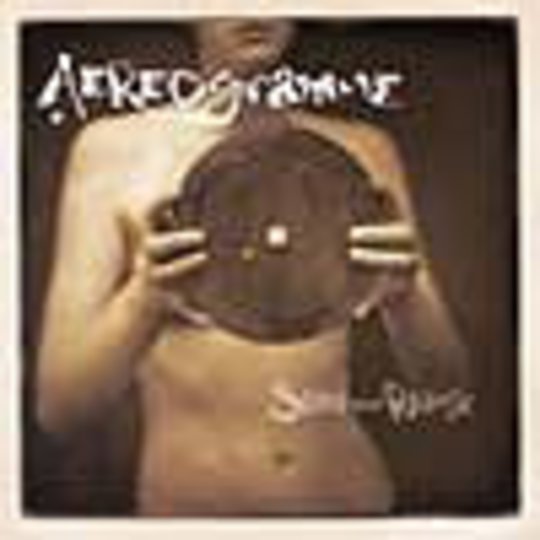 Art-rock is all over MTV. Boards of Canada, Godspeed and that pesky legend Will Oldham are all still on the Radio 1 A-list, yet the dissident youth of today are still searching for their very own neo-nazi, homophobic icon after the assassination of Eminem.

Even now, months after the revolution, our children are still being poisoned by some scene where bands sing about women as objects, parade around in fashion that looked shit back in the '70s and carefreely mix in stolen fart jokes from them outlawed cultural terrorists Beavis and Butthead.

Just last week, the PJ Harvey duet with Cat Power was banned from 'CD:UK' due to them singing about hookers rising from child abuse and causing royalist groups to attack the ITC switchboard causing it to crash, thus allowing advertising rebels working for rogue companies to hi-jack stations to once again show re-runs of marketing TV from the '90s which kept people shopping, apathetic and uninspired.

A spokesman for the Indymedia news network had this to say: "We'd like to apologise for the disruption to tonight's Slayer unplugged show. Members of the west London, Time Warner Against Experimentalism, Pro-G.Gates sabotaged our new way, in a hope it would ignite the filthy flames of an uprising. We will not allow their pro-capitalist regime to destroy our planet again!"

And then I woke up, not knowing up from down, realising I wasn't sat in a sundrenched eco-park reading a tabloid. And I'm back to the world where I'm still unsure how to even start summing up this, Aereogramme's second long-player of melted metal.

This time around the structure's changed. The frame of the album still hangs around Craig B's Jeckel'n'Hyde, Mortiis & Garfunkel, balladary vs SCREAMO! It's from that cushioned cell for a throat that Craig (aka Noizemonger with a huge heart) vents, through cold sweats, his pain and joy of dealing with and discovering just what reality really is. But somewhere along the line the shapes have been altered.

Musically speaking, there's still elements of the LOWD side of the 'gramme from 'A Story in White' in here, with tracks like 'No Really, Everything's Fine'_ following on like a band who love and know we love distortion drenched pianos. But this album's a lot closer to Smog than Sabbath. And what is really different is the sweeping and crashing waves of electronics, strings and other samples chundered up in this album, much like the last, but adding something more constantly chilling and shape-shifting. It really does sound like they've been out drinking whisky with Mogwai and Arab Strap a lot more this time around.

All you need to know is…

They still sound like they bullied Biffy Clyro. They still have beards. They're still 'death metal indie'. They're still one of the most interesting intense bands around. And average, they is not!