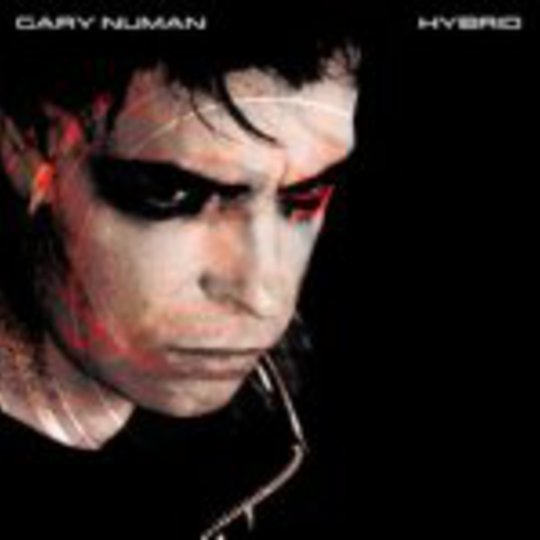 The rehabilitation of Gary Numan into the fold of serious music continues with this hardcore industrial reworking of some of his best recent work and a few family faves thrown in just for the hell of it. The double album carries the gothic hallmark of the dark, brooding soundscapes from his critically album 'Pure' – if that style lights your candle, then there is much to enjoy here.

Remix albums are often strange and random beasts - the latest addition to the Numan canon is no exception. Borrowing a marketing trick from the preserve of Greatest Hits compilations, Numan has grafted on a couple of extra unreleased tracks (samplers for his forthcoming album) to ensure his ultra-curious fanbase will shell out. In this case though, both are of the highest order, which negates any slight unease with the ploy.

Both? Hang on, the label says three. Sadly the title track, 'Hybrid', is a mish-mash of sampled vocals without even the germ of an original musical idea; it simply can’t be considered as new. It gets the album off to a poor start, but things do quickly improve. The first real new track, 'Crazier', is worth the admission money alone. A collaboration with Rico, it’s a real kick-arse number with a strong number hook and chorus, similar in style to the title track from 'Pure', which for me was one of Numan’s best ever numbers. Numan mentioned at his recent anniversary gig that this may be released as a single, which would surely again bring him another soupcon of chart success just as 'Rip' did last year.

The ethereal 'Ancients' is also a pleaser and means that the new album, promised for the late summer, already has the cognoscenti whipped up into a right old lather. None of your trademark delays this time around, please Gary!

The remixes themselves involve such electronica luminaries as Alan Moulder, Curve and Sulpher. Particular highlights include the revamping of old standards such as 'Down in the Park' (side 1 being the version of choice), 'This Wreckage' and 'M.E.'. The treatment of the older tracks appears more interesting to this old campaigner, if only because the later stuff already has a strong industrial bent and Numan nabbed most of the good ideas on his first take.

Such compilations can be very hit and miss, but the love and care fostered on these tracks is very evident and makes for a cohesive end product. This lifts the project above a run-of-the-mill remix album, of which there have already been a couple devoted to Numan. I predict Hybrid will become a much-cherished work amongst Numan acolytes, but if its an entry level to the new man Numan you after, then investigate 'Pure' first.