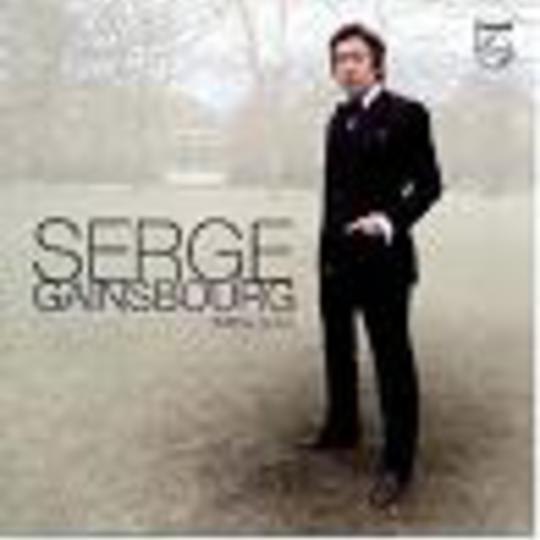 Serge Gainsbourg’s infamy reached a much bigger audience than his music. Listeners outside France know him almost exclusively for ‘Je T’Aime Moi Non Plus’ – the closest pop music has come to pornography. He achieved more notoriety when, on live television, he told Whitney Houston he wanted to fuck her. The man didn’t court controversy – he oozed it. No-one else could release a single – a duet with his 12 year-old daughter, no less – called ‘Lemon Incest’.

But the chain-smoking sleaze merchant’s musical reputation shows signs of being rehabilitated. If he hadn’t died in 1991 Air would be paying him royalties. Meanwhile Beck – whose ‘Sea Change’ owed a huge debt to 1971’s ‘Histoire de Melody Nelson’ – regularly tips his hat to the French master in interviews. “It’s almost impossible to compare him with anyone,” he says. Quite.

Spanning his late-50s and early 60s forays into jazz through to his 1979 reggae cover of the French national anthem, ‘Initials SG seems an obvious starting point for a foray into the world of Monsieur Gainsbourg.

Given the depths he was later to plumb, Gainsbourg’s early efforts – ‘Chez Les Yé-Yé’, ‘Intoxicated Man’ – are tame but fun. The music sounds the same as any early 60s US pop group – the tinny organ, the syncopated bass, the clipped guitar – but Serge’s laconic French drawl transforms it into something fresh and unusual.

But it wasn’t until the late 60s, when he became Brigitte Bardot’s lover and she became his muse, that Serge found his own sound – sleazy, off-kilter hooks with dirty basslines and lush, over-the-top string and brass arrangements. References to American pop culture are no longer in the music but in the words. French lyrics are rudely interrupted by clanging references to brownies, fluid make-up and Jessie James. Is he paying homage or taking the piss? It’s harder to tell than you’d think.

The sleazy baritone is still there, high in the mix, complemented by Bardot’s nasal Americanisms and, later, Jane Birkin’s waif-like wail and orgasmic gasps. Songs like ‘Bonnie and Clyde’ and ‘69 Année Érotique’ represent the high point of Serge’s creativity. His late Seventies numbers – ‘Aux Armes et Caetera’ and ‘Sea, Sex and Sun’ – sound anaemic in comparison.

While ‘Initials SG’ covers some key areas of his career, it presents a fundamentally de-sleazed – though not exactly sanctified – version of Gainsbourg. ‘Lemon Incest’ is nowhere to be seen, nor are any of the handful of songs from 1973’s ‘Vue de L’Exterieur’ which celebrated, in graphic detail, the joys of anal sex. Only one track is taken from ‘Histoire de Melody Nelson’, a concept album in which Serge seduces and deflowers a 15 year-old redhead from Sunderland. There’s only a snippet of 1976’s ‘L’Homme à Tête de Choux’, a suite of songs about a serial killer with a cabbage for a head. And there’s nothing at all from ‘Rock Around the Bunker’, a typically controversial take on Nazi Germany.

But there’s enough stunning, funky, sleazy and downright ludicrous material here to make ‘Intials SG’ a worthwhile purchase – a fine, if not definitive, statement of why Gainsbourg should be remembered for his music and not just his stunts. Or ‘Je T’Aime Moi Non Plus.