From The Start Line 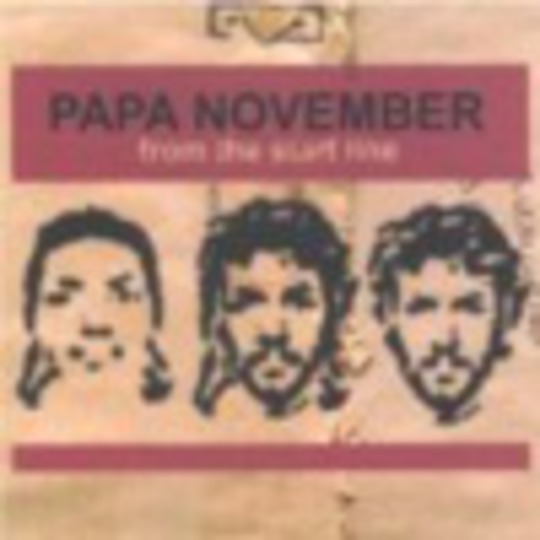 While it may not rival Dylan’s electrification in terms of shock value or reaction, the release of Papa November’s debut album certainly sees Birmingham’s Bearos Records take a step further from it’s roots, yet while maintaining the unmistakable hallmark of quality. After dipping its toe in the worlds of post-rock, lo-fi, folk and the avant-garde, ‘From The Start Line’ witnesses Bearos embrace a much smoother groove.

Katy Acquaye-Tonge’s soulful vocals are rich with vibrancy and, while it may not be entirely accurate to compare them to the contributions of Shara Nelson to early Massive Attack or those of Martine Topley-Bird on Tricky’s ‘Maxinquaye’, it is slightly nearer the truth than whispering her name in the same breath as Siouxsie Sioux or the Cheeky Girls.

The dark experimentation within Stuart Tonge’s deconstructed hip-hop beats and crackling samples gives the sound impressive depth that a pigeonhole would struggle to contain. ‘Walking’ and ‘Lost Time’ wouldn’t sound out of place on DJ Shadow’s benchmark ‘Endtroducing’, while ‘People’s Minds’ and ‘Small Room’ offer the faintest of winks towards Portishead without helping itself to the contents of its purse in the process.

There are even trace elements of Boards of Canada’s brooding electronics across the album, with ghostly reversing voices and haunting atmospherics more at home on abandoned airfields than in comfortable lounge bars or sweaty clubs.

In a timely piece of lyricism that can’t have been placed without consciousness, the words, “I won’t be distracted by tradition, nor be embarrassed. The costs are too high,” brings not only the record to a close, but comes nearer to trapping the elusive Papa November sound than a million metaphors and comparisons ever could.

There are most likely a few people who’ve waited a long time for this record since the duo’s 1999 debut release on Static Caravan, but no doubt they’ll be glad they stayed the course when they hear it.