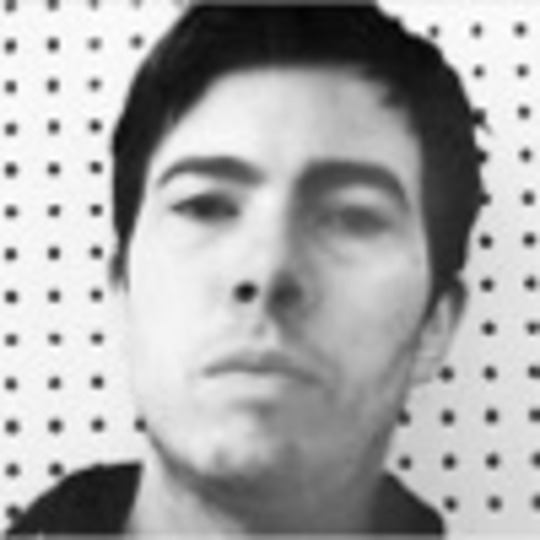 'Supper' by (Smog) - complete with erroneous brackets - marks a return to form for Bill Callahan and it's a much stronger, more concise collection than 'Dongs Of Sevotion' and the record after that. But it's still an unambitious album on which Callahan appears to make no effort to stretch himself beyond his familiar black bag of tricks. In fact it's boring.

Thing is, I've always put (Smog) in the same sonic box as David Pajo, Will Oldham or even Jim O'Rourke. Even when 'Dongs Of Sevotion' meandered about like a morose drunk or unnecessary rarities collection 'Accumulation: None' seemed to suggest 'Cold Blooded Old Times' was still his best song four years on, I insisted on grouping Callahan with a bunch of peers which - I now realise - he cannot match. Take O'Rourke: pick any five recent albums he's been involved with and you'll dig up enormous variety underpinning a wealth of truly inspiring material. From the 'Loose Fur' collaboration, through Sonic Youth's renewed vigour to (in particular) wonderful solo releases like 'Insignificance', he never flags. Meanwhile Pajo's 'Whatever, Mortal' was one of last year's best albums and he's already off doing the Zwan thing and pretending to be a proper rock star. Leaving Callahan poddling along in his alt-country wake, tapping on the envelope without altering its shape.

I'm trying to listen properly, y'know? I can tell you that 'Butterflies Drowned In Wine' has some interesting rocky stabs in the verse but repeats that key lyrical phrase a few times too often near the end. I can tell you he still sings a bit like Lou Reed. And I can tell you he still thinks he's deeper than he really is, with these unbalanced vignettes. I can tell you a highlight is the Cassandra-like 'Vessel In Vain', contentious and tenuous but closer to poetry than elsewhere. So. There is a lithe, upbeat streak that arrows through 'Supper' and it's admittedly a very pleasant listen. But what it taught me was a negative: not to hold Mr (Smog) in too high regard merely because he's a drawling Yank with a good sense of mood. He's nothing like as inventive as those other characters and sits firmer when judged alongside smaller fry. The anti-folk crowd, for example.

Sally Crewe and the Sudden Moves