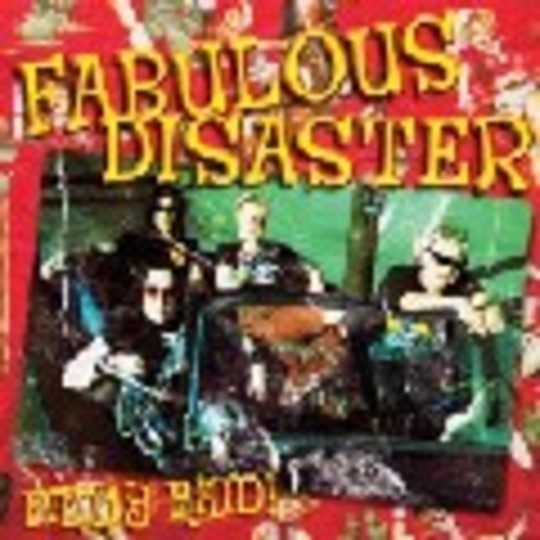 Yes, it’s a return of everyone’s favourite lesbian punks (ok, so one of them isn’t a lesbian) Fabulous Disaster! Something I’ve always admired about this band is just how hard they rock for four females – no, that’s not intended to be sexist, but compare this to the Sahara Hotnights *or *L7 *and you’ll see what I mean - these girlies make some serious noise! The gritty punk rock buzzsaw of _‘My Addiction’ _*provides a real kick in the teeth, their snarling melodic harmonies really showing you who’s boss. But then they are involved in the San Francisco fetish scene so that’s no real surprise.

Although _‘Panty Raid’ _does shows a marked progression from the ‘female NOFX’ tag their poppier, but still rather arse-kicking, previous album ‘Put Out And Get Out’ earned them, it’s a catchiness I dearly miss this time around. For although there is a super-charged rawness that shoots out from this disc I just feel the tunes have suffered somewhat as a result.

On the face of it though, ‘Panty Raid’ is still an enjoyable album of loud fast obnoxious pop punk and with lyrical subject matter covering car-jacking, drugs and lesbianism Fab Dis definitely aren’t aiming to play it safe.