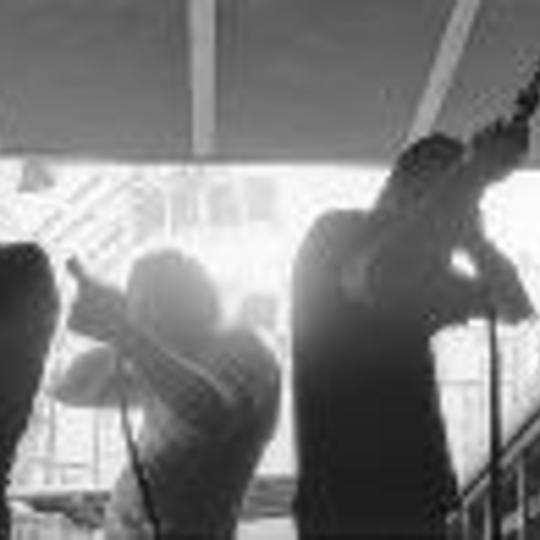 Having spent the last 5 years in hardcore dues-ville, Pilot To Gunner find themselves in the enviable position of being in the right time (2003; where the shadow of Fugazi looms large) at the right place (NYC; where a musician takes a dump and someone is willing to promote the turd). The only problem is, there is no album to release. So what do you do?

Indeed, reissue the old one. But that’s fair play, cos the chances are, the first time round, ‘Games At High Speeds’ was stocked in approximately seven record stores in Washington and New York, and bought by even less people. And it would have been a shame to think that this album, an angular, stop-starting juggernaut of riffs and coruscating melodies could have been left in the musical hinterland.

At two years old, the album does sound its age, missing the gleaming brand-spanking-new elements of its contemporaries, but fortunately this type of music, gritty and unshaven as it is, is harder wearing than the latest sonic emperor’s new clothes. True; its very much a case of been-there-heard-that-in-DC before, but that doesn’t mean its bad; it just means that you have to be more discerning in the other bands you listen to.

Having already played with everyone from The Dismemberment Plan and Hot Rod Circuit through Bright Eyes to Radio 4, the pedigree is set; with a new-new album due for the end of the year, the horizons are broad. In a post-hardcore sort of way, of course…