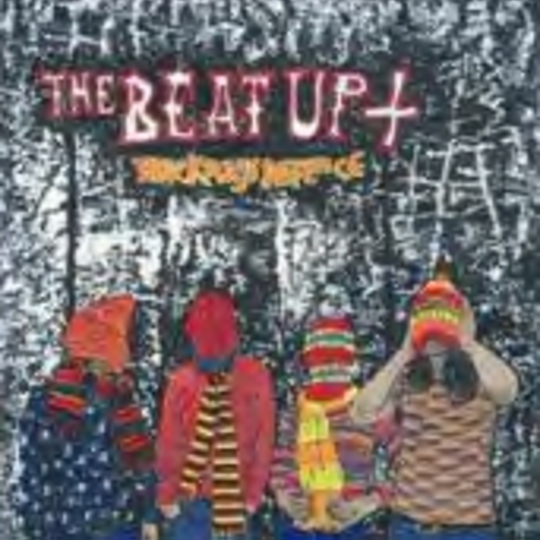 Re-wind a couple of years. Garage rock is being hyped as The Scene To Be In, with the likes of The Von Bondies spearheading it all. A band called The Beatings get some high profile support slots and are tipped for big things. They decide to make their debut album with Mr Kevin Shields* of My Bloody Valentine* fame, who also happens to be renowned for taking quite a long time to get albums out. Two years pass, during which the band change their name to The Beat Up after an American group also called The Beatings take issue with their original moniker. They tour with The Libertines and The Jon Spencer Blues Explosion, and they build Mr Shields a new studio in payment for the recording of their album. Said album, 'Black Rays Defence', is now complete.

Subtle it ain’t. It’s trebley, trashy tight-yet-chaotic punk rock, over which an exuberant, stylised swagger of a vocal regales us with incoherent tales of love, loss and misguided nights out. Distortion and tune fight for the listeners’ attention as each song blasts from verse to chorus without any sign of a pause for breath. The guitars squeal through the music like car brakes round corners taken too fast. Clattering frantic drum fills, squalling wind-tunnel guitars, crunching and compression, a level of frantically sustained energy and attack which just doesn’t let up at any point during the albums’ 33 minute onslaught.

BRD is very, very loud. None of this bare bones arty minimalism for The Beat Up; their songwriting process seemingly includes a stage at which they load as much noise onto the basic tune as they possibly can. Even the slower numbers are immense; thundering, ponderous and ending on whiteout crescendos. Everything Full Throttle seems to be the rule; every track is presented with a very hard and slightly theatrical emphasis.

An album of good songs, then, with a lot to recommend them – and yet somehow the whole thing just… doesn’t… quite… click. There’s a lack of X factor, a lack of spirit/vitality/some kind of emotional underpinning to sustain the force of the music. And so after the first few tracks, when the initial rush of loud-fast-music began ebbing away, it starts to wear a little thin. It's hard to stay engaged and the songs began to feel like epics rather than the punchy three minute numbers that they are. True perhaps even the best of bands who’d spent the past two years touring, recording an album and building a studio might begin to sound a little burnt out and formulaic. And it’s a shame, because this is so nearly ace… but it doesn’t quite make it.