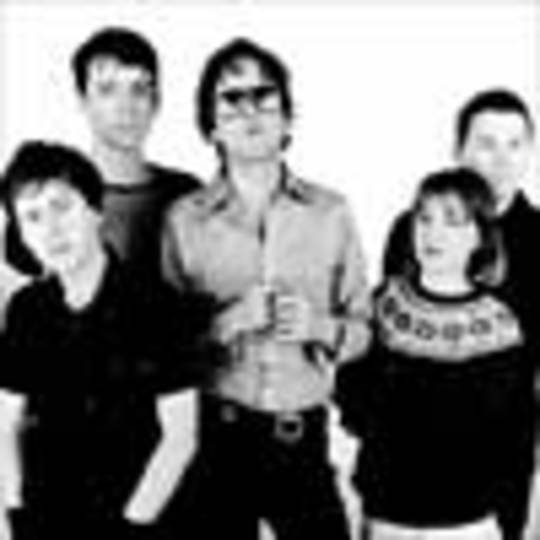 It's all dying on its arse of course. It's all fading away further and further into insignificance until it's a memory on a Radio 2 documentary. Britpop that is. The "New Rock Revolution" as the NME have delightfully christened it may be utter, utter bilge to many, but this year's rush of new bands has rendered our old Britpop heroes old, irrelevant, and most horrific of all, boring.

Pulp were one of the kings of Britpop, Jarvis Cocker its crown prince. Britpop provided Pulp with a platform to raise themselves up on, to look down on all the other arch pop missionaries like Gene and laugh. An overnight success, Pulp most certainly weren't.

And that's the biggest gripe I have with this "Best Of." It begins with 'His 'n' Hers' from 1994, and its earliest track, 1992's 'Babies', is featured on the aforementioned album. To the untrained eye, it's easy to assume that Pulp were formed in the early Nineties and that 'His 'n' Hers' was their debut. The fact that the band recorded a session for John Peel in 1981 bears no relation to the songs on this retrospective whatsoever.

But commercially it makes utter sense. And despite the illusions of grandeur we sometimes bestow upon ourselves, we, the simple record buyers, have no control over the way in which our music is given to us, so we take what we're given. Luckily we're given some of the most thrilling, funny, sad, evocative and downright catchy pop music of the last decade.

As a collection of songs, 'Hits' works surprisingly well. From the opening 'His 'n' Hers' tracks, we see why Pulp fitted so well into the then burgeoning Britpop scene. Cocker's wondrous, almost Morrissey-esque lyrics paint a vivid, fantastically familiar picture of seedy, real working class existence. The young are stripped down and presented as a hollow, pointless little group of people, never happy with their considerable lot and always striving for more excess. Songs like 'Lipgloss' and 'Babies' capture a generation flitting their way through 90s Britain, as if the Millennium was a science fiction.

'Different Class', Pulp's most successful and perhaps best album provides us with "the hits" - the indie disco fodder of 'Disco 2000', the rather sappy and empty 'Something Changed', but also the behemoth 'Common People', a song so angry, so full of vitriol, that only Cocker's deadpan, Northern delivery can disguise it. It was tracks like these that meant 1998's 'This Is Hardcore' was a massive commercial failure. Despite the gorgeous pop moment of 'Help The Aged', the epic, Scott Walker meets Bacharach meets Joy Division, the title track was not a good choice for a single. As Britpop died, Dadrock, for all its countless sins, took over and people wanted simple songs with simple melodies. A listen now to the track 'This Is Hardcore', reveals it as a compelling, immense song, utterly out of place, time, and at odds with everything else surrounding it.

It took Pulp far too long to follow up 'This Is Hardcore'. Anticipation was keen in 2000, but by the time the rural 'We Love Life' was presented a year later, a new breed had already made Pulp seem like a band who had missed the train. The awful 'Sunrise' overstayed its welcome by about 6 minutes, the weak 'Trees' sounded like a cheap Pulp pastiche. Only the rather fab 'Bad Cover Version' hinted at the joys of Pulp at the peak of their powers.

As for the band now, they seem somewhat misplaced. No scene to cling to, no songs strong enough to stand alone. Cocker, once an imperial, immaculate figure now an ageing, scruffy version of his former self who looks to be a spent force. But the songs on this CD still sound as fresh and vital as they did when they were released. A whole era ago.