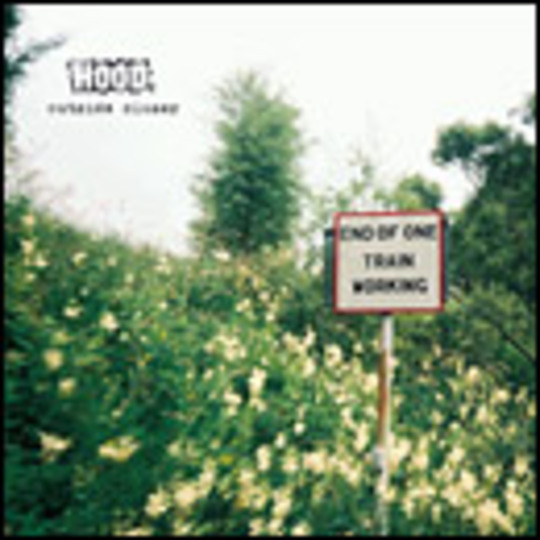 Fashion by its very nature does not sparkle indefinitely – what’s hot today will someday flicker and fade to nothingness, at least until revivalists bring the dead scene back to life. Indeed, the faces smiling proudly on the covers of today’s music rags would be well advised to flash a glance at the fates of Mclusky and Ikara Colt – you can be a fucking fantastic act and still end up little more than a fond memory in no time at all.

Without meaning to take anything away from the UK’s excellent new breed of rock royalty, the wise man is forever advised to look to those that endure for real quality – bands whose successes aren’t determined by the Scene Police or whoever’s pulling the strings at Hot-This-Week HQ. Hood are such an act, a band whose relationship with Domino stretches back to a time before the label’s guitars came ready-pressed into daytime radio-friendly angles. Their endurance has ensured a distinct lack of peers – fingers could be pointed at Bridge & Tunnel, Italians Giardini Di Miro and possibly Four Tet – but that’s not to say that this isn’t accessible, commercial music. It’s just that it sounds so hard to replicate – what initially sounds simple soon reveals itself to be remarkably complex; each and every song here possesses layers far beyond the human ear’s reach. To call it stunning would be wrong; this is numbing, lulling you into a state of absolute ignorance – everything that’s not on the record dissolves into a blank canvas, upon which the listener can paint their own environments. Blue skies on tube trains and cornfields in deepest Clerkenwell are there; all you have to do is look through what obscures them.

Describing the music Hood make is tough – it is, at a basic level, a blend of electronic beats and breaks and conventional indie-rock rhythms, with occasional songs fleshed out by horn and string arrangements (particularly effective on ‘The Negatives…’ and _‘1. Fading Hills’). It’s not difficult on the ear at all, yet becomes impossible to summarise in a handful of words. If you’re familiar with their ways you’ll relate to such a problem – Cold House was another effort where conveying one’s feelings to another proved tougher than just letting them flow with the music. If not, you’ll just have to take a chance on a record that combines ethereal grace (‘End Of One Train Working’) with a marked spirit of invention (‘The Lost You’) and manages to sound both aged and archaic yet also like nothing in production today; like nothing making the front pages of the fashion-led magazines that service the nation’s music-buying public with such mediocrity.

Do yourself a favour and eschew fashion for something with real substance: Outside Closer is an album of the year, fact.