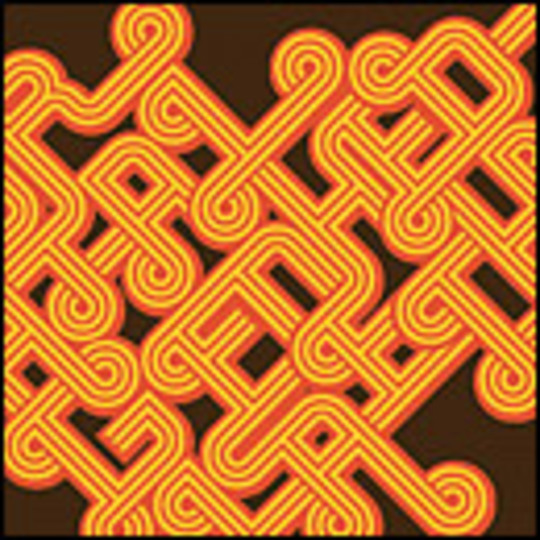 It’s always a worry when, seven or eight discs in, a band’s front man decides to go solo. Is it the end for the band? Have creative differences blown the band apart? Do they have nothing to say anymore? Is the drummer sleeping with the bassist’s boyfriend? It’s not a worry when you’re starkly aware that Gruff Rhys, amiable guiding light for Super Furry Animals, has so many songs in his head everyday, that he literally needs to rid his mind of them to move on. The singer has been doing this on a yearly basis, choosing only now to release a batch, recorded late last year.

Eponymously-titled opener ‘Yr Atal Genhedlaeth_’ shows off the record at its most sparse. It’s full of the traditional Gruff sing-song melodies, based around solely a simple drum beat, percussion and layered harmonised vocals. What it proves is that no matter how much you strip it down, Gruff is blessed with an alchemist’s musical touch. You suspect that even the man’s farts are particularly melodious. As typified by the simple, understated joys of ‘Gwn Mi Wn’, the whole of the ‘Yr Atal Genhedlaeth’ record is quietly, creepily and insidiously catchy. Let us not forget that Gruff has one of the sweetest, most underrated voices in a generation, and it’s this occasionally honey-dripped vocal that carries the record through even on the most flimsy of musical wings.

‘Rhagluniaeth Ysgafn’ is another sweet gem, locked somewhere between traditional folk and 60s west coast pop. The plaintive ‘Pwdin Wy’ is a lovely, laconic, downbeat beauty and reminiscent of something you’d find on their ‘Outspaced’ early b-sides compilation. The fullest blast of pure infectious pop is ‘Gwybodusion’, a fast paced beauty with the cheapest and tackiest of synths adding colour to make it a temporary day-glo wonder. Then there’s the sampled electronic oddballness of ‘Caerffosiaeth’ and the greatest recorder solo in the world on closer ‘Troi’n Chwerw’.

Similar to pre-‘Think Tank’ Graham Coxon recordings, purchasers of ‘Yr Atal Genhedlaeth’ can hold this record tight to their heart in the happy knowledge that this most primordial of recorded beauties is both an added bonus to the ongoing legacy of the Super Furries and a gem to be loved in its own right. Merely the start of something great perhaps, to accompany what is already there.