Three Chords And The Truth 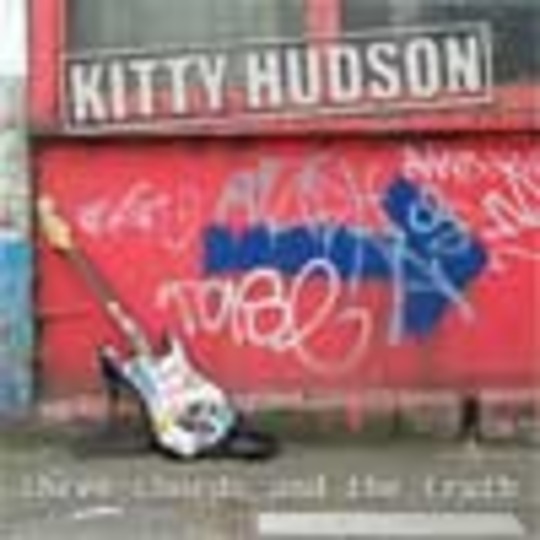 OK, this isn't rocket science, but sleazy, melodic, distorted rock'n'roll rarely is. Kitty Hudson grab their listeners by the proverbial throat and shove an extra-large portion of melody in their proverbial face. A first listen gives the impression that there is nothing left to discover, but at the same time it's the kind of thing that any lover of an infectious tune will find themselves humming at the bus stop.

In fact, the better songs on this record are virtually impossible to get out of the head once lodged in there: Kitty Hudson's endearing simplicity is epitomised by '(Just Another) Love Song', which in a better world would make a top-10 hit. If life was a rock'n'roll musical, this would be on the soundtrack: imagine the Munchkinland sequence of The Wizard of Oz with greasy bikers and glammed up rock stars instead of singing midgets. Actually, keep the midgets in there for good measure, because the kind of world depicted by Kitty Hudson is one big party where everyone's invited.

Sadly, the second half of this record loses direction slightly: perhaps the formula becomes repetitive, lacking the inventiveness that makes similar acts such as the B-Movie Heroes and American Heartbreak more consistently successful. Nevertheless, if the brilliance of the first five songs were repeated in the second half, this would be a killer album.

It's perfect music to stick on while getting drunk before a night out - it makes you want to have fun, to jump around. Make sure you catch them live some time soon. I probably won't be there, because this sort of thing could well make me go insane if I experienced it live, and that's a risk I'm not prepared to take.