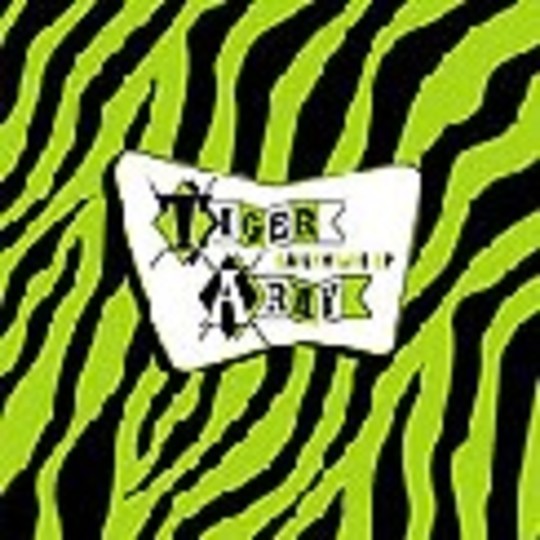 AAAAAAHHH! My eyeeeesss!!!! I scream as I pull this unspeakably bright, illuminous, tiger-printed cardboard CD case out of the envelope! My eyes are in pain. The room is becoming an illuminous green haze! What crazy, madcap band would do this to their fans?

Oh. It’s Tiger Army. Yay, they’re forgiven. Apparently, in the words of vocalist Nick 13 this EP “compiles all the early stuff worth hearing.” Which dwindles down to 6 tracks, one of which is a badly-recorded cover of the Misfits’ ‘American Nightmare’ and another two being demo versions of ‘F.T.W.’ and ‘Nocturnal’ from their debut and 2001’s ace ‘Power of Moonlite’ album. The rest of the tracks consist of an early 7”, which kind of makes you wonder why they didn’t just re-press the 7” or at least re-release it in CD format and release the other tracks as bonus songs on future releases.

Ah, never mind. Although this is one for the hardcore Tiger Army fans the early tracks demonstrate their knack for fast rockabilly punk even at the start. And the classy 50’s rock’n’roll of ‘Twenty Flight Rock’ really needs to be heard.