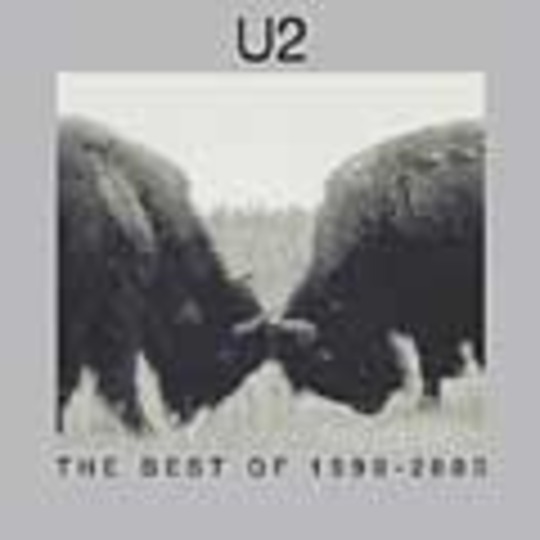 "EVERYTHING YOU KNOW IS WRONG” flashed forth in big letters when push came to shove and the world's biggest stadium rock band discovered leather pants and irony.

They used to be incredibly shit. Then they were quite good for a while in the early 90's, and started going shit again. This is an album that makes great songs sound average and average songs sound... dull.

But all their early 90's radical reinvention meant was wrapping the songs in deliberately obtuse production to make it seem cutting edge. Since then they’ve been clawing their way back to commercial sensibility, and this second “Best of” compilation covers their so-called ‘experimental’ years. Hardly experimental by comparison to Aphex Twin though.

In this running order, the reinvention of 'Achtung Baby!' suddenly seems cynically calculated. 'Even Better Than The Real Thing' and the naff 'Mysterious Ways' seem much more conventional now than then...

Whilst sometimes they were far better than dull stadium rock would suggest - the beautiful 'One', for example - mostly they were just an old dog with a lick of paint. But the stand out track here is 'The Fly' which gives the game away that Bono knew he was faking it all along when he sings in the closing seconds of the album …"I gotta go, I'm running out of change". Running out of change means no change, and means the same as before. Same shit, different production eh?

So what do you get? 2 CD's and a 20 minute promotional DVD. Not bad value, 'til you walk into HMV and balk at the £20 price tag. You do get 7 otherwise unavailable (mostly poor) new mixes and tracks, whoopdedoo - that's roughly £3 per 'new' version or song. And record companies wonder why people don't buy new CD's anymore. Like, duh!

There's a bonus 14 track B-sides CD if you're quick, which will be the main bait for most fans - but mostly comprised of flaccid 12" remixes instead of actual songs. There's too many omissions on this set to call it a true 'best of' - only including 2 out of the 6 singles off 'Pop' is taking the piss, especially when the sublime 'Lemon', 'Elevation_', and the overlooked 'Pop Muzik' are left behind in favour of the average 'Electrical Storm' .

There's some great songs wrapped up in a load of dross and crappy remixes. When the band care so little, why should we? 4 out of 5 for the songs, 0 out of 5 for the execution. Don't start here, get the original albums first. This truly is a bit of a lemon....