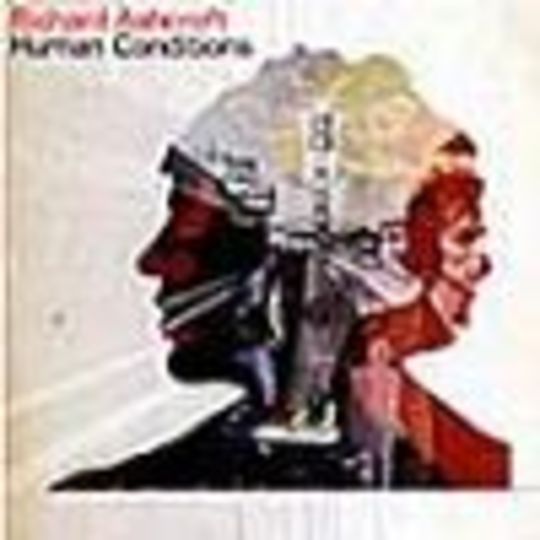 That is the question.

On one side of Rockville there are the Rolling Stones and The Jam with their latest best ofs, and it’s pretty obvious some things are better left back in the day and wrinkles just aren’t in fashion, get back to playing golf, you’ve had ya day!

On the other side of Rocktown, in a more modern estate, living next door to Ed Harcourt of Snug and Robbie Williams of Take That (he bought his way into this invite only neighbourhood!) is Richard Ashcroft, better known as the singer from the Verve, aka that band who did ’Bittersweet Symphony’ for those of you locked in glossy magazineland. But that’s not why a generation was touched by that bunch of northerners. And I don’t mean for Spiritualized girlfriend stealing, I’m talking ’Northern Soul’ with all its subtle lyrical twists of genius. Yes, fucken genius! Just listen to ‘Life’s an Ocean’ (“I was buying some feelings, from a vending machine”) or the timeless ‘History’, it’s all there. Yes, yes, genius, that is what, to some, me included, Mr.Ashcroft is.

We ask: But is he still?

I ask: Is it better to quit when you’re on top? Is voluntary euthanasia a viable option when you hit 35? Should we enforce it if they don’t retire at 40? Come on, let’s riot and rid the world of Sambora's, Morrisseys and Bowies 55th albums of the same old shit...

“Come on and die with me,

There must be more for me,

You know you’re living a lie

And so am I

You know I’d have a breakdown,

Fuck, he's finally starting a death cult! But then again, it sounds more confessional, like everything else he's ever said. He’s always been a slightly nihilistic, pale, bar steward - maybe with the exception of the debut solo album, which was a bit of an upbeat, erm, glitch. Darkness is where the money is, ain’t that right Rich? And solo album number two, a decade of nu-metal pop bands on, he’s tried, really tried hard to be what he used to be, moody (sexy innit?) and ever so slightly profound – as much as talking about infinity, space and time, fate, luck and love, can be - if not pretty much all talking about gods and structures. And musically it’s full of strings, cus that worked on the Unkle album and stoned guitars, nearly ready for campfire sing-a-longs and lullaby wannabe vocals, but none of it quite cuts it. He's cashing in on himself and who could blame him? Well, we could.

This record wants to strut along in leather and fit in, in the places where Beck and Neil Young hang out. Ashcroft blatantly, sadly, still wants his place in the limelight, in history; to keep his ego going. We're calling time. Move over wrinkley, you’ve had your say and made your mistakes; change, make some revelations or make some room. The magics gone. You’ve said all of this before, better and with more conviction. You can’t seriously be a lost teenager anymore.

“There’s a killer in me,

Run with it. Make the world a better place. But make it look voluntary, herein lies his suicide note.

Seachange, Blood Valley at On the Rocks, Hackney, Thu 10 Oct