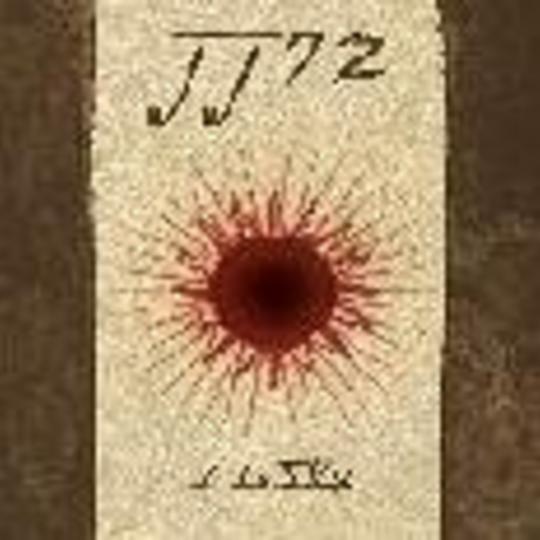 A lot can happen in 2 years; September 11 is fresh in our minds, Hear'say have been created and split up, and we lost another Beatle. Nevertheless, the world is now fit for JJ72 to come back, with their new (if shittily titled) album 'I To Sky'. For production, they've enlisted Billy Corgan's mate Flood, and, instead of the orchestra laden pomp of the debut, they've gone back to basics for a rawer sound.

First off is the confusing 'Nameless', a song featuring Mark and a piano only. It's the shortest song on the album, and also one of the worst, giving the listener no idea of where the album is going next. It's then followed by three of the best, starting with first single 'Formulae', which soars through its 2 chords with such majesty, that you're sad to see it go. It's classic JJ72. The next track, 'I Saw A Prayer sees the band and producer trying to recreate the Smashing Pumpkins in all their glory. The song itself sounds like SP's classic 'Perfect', but somehow twists and turns like My Bloody Valentine.

We can only thank JJ72 for giving us three classic tracks in a row, adding to the double whammy with 'Serpent Sky' which sounds like Mark relentlessly going through his long-overdue adolescence in 3 minutes flat, taking in Placebo and 'Long Way South' on his way. Sadly the following few tracks drag along, with the band returning to form on 'Half Three', which sees the band at their pop-peak.

JJ72 have always cited Joy Division a major influence, and up until now, it has not really been obvious. On the tracks 'Sinking' and the near-perfect 'City' they evoke the spirit of Ian Curtis, without actually being as grim. Which leaves only the Gailic-titled 'Oiche Mhaith**', a lullaby of a closing track, which is beautiful, without being sappy.

On the whole, this is the return to form we've been waiting for. They take in all their influences, the production is near flawless and this should soon be one of your albums of the year.

STANDOUT TRACKS: 'I Saw A Prayer', 'City', 'Serpent Sky', 'Formulae'
Log-in to rate this record out of 10
Share on
Love DiS? Become a Patron of the site here »