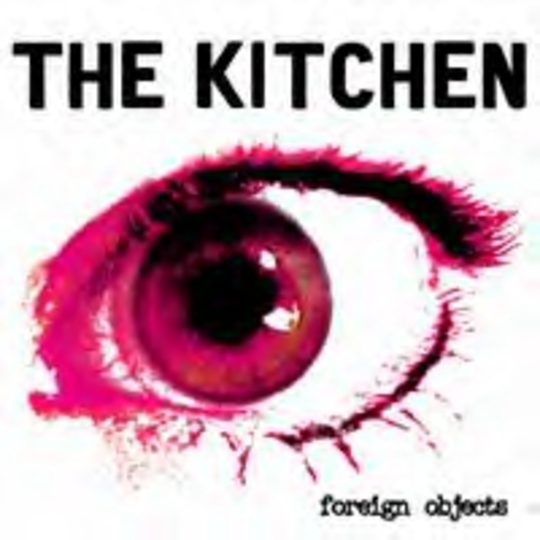 The Kitchen is the project that Manda Rin and, her now ex-husband, Ryan engaged in between the splitting of Bis and the band's recent re-incarnation as Data Panik. I say "project" because I'm not sure you can call it a band if it features only two people, especially as one of which moved to LA shortly after this album's release.

Bis it ain't. Foreign Objects is a rather different beast, and one which needs to be taken on its own merits rather than judged as a Bis continuation. The Kitchen are somehow more... sophisticated, than Bis, more adult, less of the instinctive trashiness of fizzing pop-politics and carrying more of a calculated impact and confidently darker sound. They are coldly crunching disco-punk, bleakly harsh electro programmers that go straight for the throat. And they are good.

Foreign Objects isn't easy listening. It's a challenging aural onslaught, unremitting dark mechanical noise in which Manda Rin's vocals often seem subverted, co-opted into the click-click, fuzz-fuzz, formidable pre-programmed concept of it all. The emotionless quality of the music contrasts sharply with the dark lyrical odes to love gone bad, and when explicit emotion does fight through (usually in the vocals), it's even more jarring, and feels so hopeless in the face of all that mechanical time-keeping. I really like the disconcerting emotional head rush of such conflicting sounds, but will admit that its stark refusal to make any attempt at being user friendly is a touch intimidating. It's also impressive, overwhelming, sweeping, consuming, full of gut-level impact and tacit threat, and stubbornly mighty, but surely "easy listening" is something of a dirty word anyway?

The Kitchen, then: not what you might have anticipated. Bleak, angry, not at all simple, and running the risk of alienating a lot of people. But it's an album that's well worth being surprised, intimidated, overwhelmed, and/or won over by. Damaged Goods sees Ms Rin attacking the world from a rather different angle to that customarily taken by Bis, and the results do not disappoint.