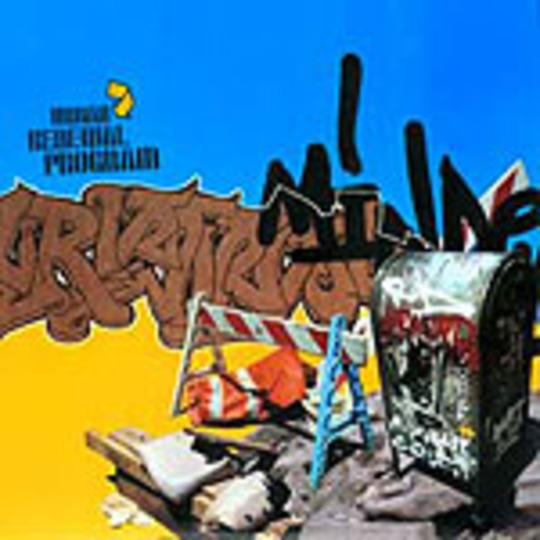 Almost like a younger, hip-hop rooted brother to the older Rapid transit, this time the latest chocolate industries compilation isn’t about driving past the interregnum of what if/but not quite. This time it’s about reasserting issues found on the street, a record that delves into criminology, sociology, status and **urban life.

Regardless, when you look at the Stella (in the purely non-piss head sense) you can see that it would be tough for this to be a bad compilation. It kicks off with **prefuse-73’s Radio Attack part 2, with a sexy trademark electronic swing jazz boom-bip and skatty Electro-organ sounds, train braking samples (sounds like) and reverb and atmospheric echo a-go-go. Complex and intricate, click-rolls merge with bleep voices being dragged backwards in Electro-rolls, sounding like a Hindustani sermon sung backwards through a mincer. The end product, a beautiful laid back earful.

Another highlight comes from *Mr. Lif - 'Wanted', a reactionary inarguation of Lif as a man of the streets, a potent anti-establishment lyricist, with a preternatural ability to bring out strikingly powerful and simple statements about black history. This is, whilst not descending into sophism, as so often is the case with commercial hip-hop today. *Haynes’ flow has a tough impact and strikes out at you as someone who’s obviously an activist, whilst **Fakts pulls off some dark rhythms to dance to.

My personal favourite on the album has to be **True Confessions by RJD2, thought provoking and not a little amusing, it tells the story of a 17 year old in a confession booth, telling his story of his crimes to the priest. Stereos, amps and money from the church have gone into his stash, and he tells how he has ‘fought with [his] brothers’. What is even more fundamental to this track is the new-prominence of RJD2 as an unbelievably skilled impresario of sampling, cutting dialogues into stories and bringing in addition to the heavy cymbal-smash/brass section beat, an epic prog. Guitar solo, to add to this epic track. Once again, this track redefines an artist who continues to astound listeners at every turn.

Finally, a track that deserves a mention - **Mino Hatori makes a sohoesque track -night light- that makes you feel like you’re a geostationary satellite, floating high above the city and watching the neon flash by (without drugs, honest). Sonorous and captivating, it manages to collate the whole urban blues feel of nocturnal urban life at ease.

Urban Renewal Program is a stunning collection of all the people everyone’s talked/is talking about out there, each track uniquely brings something new into the fold, and there ain’t one bad track on there, even though I know some people are gonna hate Themselves - y’know, the group.