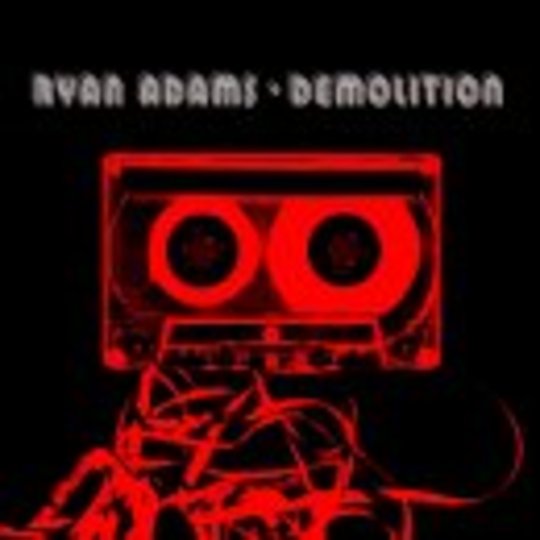 One thing you can count on is that Ryan Adams probably will never get writer’s block. If he’s not holding a guitar you can bet there’s a pen or pencil in its place. He has such a wealth of work one wonders if all of it will ever see the light of day. For one moment in time that question was answered when rumors spread of a 4-CD box set planned to grace music lovers ears with his trademark songs of love, loss and the heart break in between.

Alas ’Demolition’ marks the destruction of that planned box set (for the moment) but offers a glimpse to what could have been and is yet to come.

Sounding nothing like “demos” ’Demolition’_ triumphs with jangling rockers, twangy country-pop and darker acoustic ballads which are highlighted by beautiful melodies and Adams bittersweet lyrics.

The soft acoustic guitar strums of ”She Wants To Play A Game Of Hearts”_ play like a tear rolling down your cheek, while the heartbreak heard in ”Desire” and "Tomorrow's" tale of a love saying goodbye will make the poorest of souls smile.

Buried in all these acoustic rants are some Replacement-esque rockers that would make Paul Westerberg proud. It is with songs like ”Gimme A Sign” and ”Starting To Hurt”, which were recorded with Ryan’s side project The Pinkhearts, that makes you wish that more from those sessions were included. They are reason enough to get ’Demolition’ and offer more than enough reasons to release the rest.

Like most demo albums there is bound to be some filler and ’Demolition’ is no different. Even these songs show potential if Ryan had the time to work the kinks out. In fact the whole album was has no overdubs, no mixing, and studio tricks. For most artists this approach would hurt more than help, with ’Demolition’ the good heavily out weights the bad. It showcases a true singer/songwriter not being hindered by over production, forgoing the gloss root approach for a more grass root one.