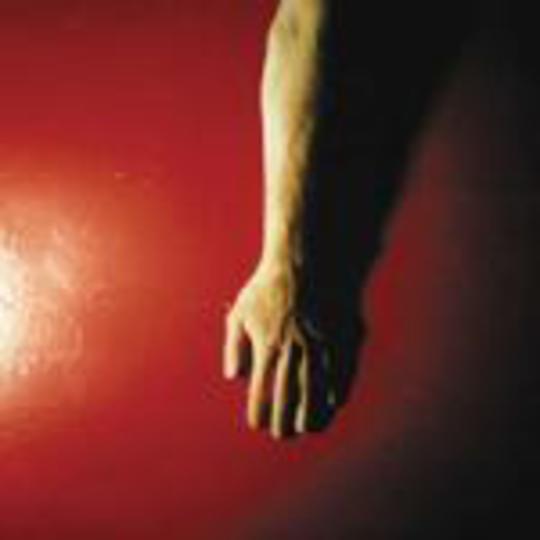 "Sometimes, I could just choke myself with laughter."

Something about that line perfectly epitomises Trust, Low's emotionally exhausting new album on Rough Trade, encapsulating it's knife edge juggle of the harrowing and the exuberant. It's an album at once alien and familiar, balancing the trio's previous brand of transcendent minimal rock with a newfound brightness, a roll-in-the-grass lightness that battles with the album's darker, shadowy edges. An intriguing, bracing musical dichotomy for sure, and one that makes for compelling listening.

Low's previous album, Things We Lost In The Fire, was produced by the increasingly redundant Steve Albini, whose sledgehammer production just fell short of ruining the fragile, warm songs buried under its weight. This time, Low enlisted Tchad Blake, an adventurous and rewarding engineer who brings a new spaciousness to Low's elliptical songs, infusing the most stripped bare of moments with a hollow, treated echo, as evocative as it can be chilly. Crucially, Alan and Mimi's entwined, angelic vocals are allowed to soar over the arrangments, giving the music a spiritual clout so tangible as to be almost physical in its power.

Low fans may be shocked by some of what's on offer here. 'Canada' spins around a throbbing, licentious bassline that could chasten the most liberal of Low's followers, while 'I Am The Lamb', a heady, obtuse meditation on sacrifice and redemption, crashes with unfettered massed percussion at it's driving, droning conclusion.

On first listen, it's quite difficult to square the two distinct facets of Trust; it's almost gothic morbidity, and it's candyfloss, campfire breeziness. And yet, it's this polarity that makes Trust the masterpiece that, on reflection, it quite obviously is. Emotional consistency may have been sacrificed for wildly differing thematic and aesthetic climates, but it's a sacrifice that will ultimately set Low free from the 'slowcore' pigeon-holing that has so plagued them since their debut way back in more innocent times.