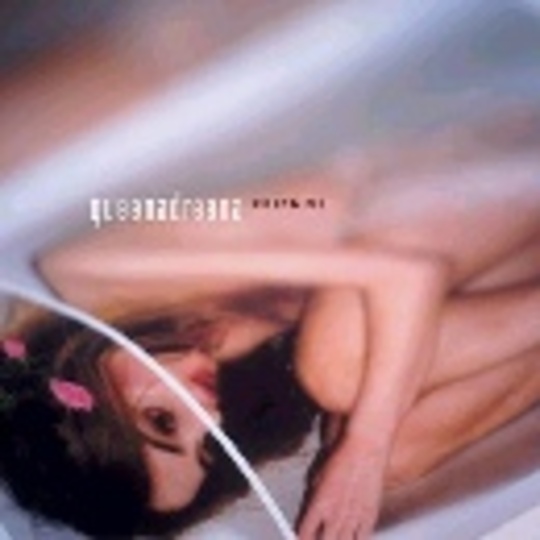 The dust has settled and the gradually building hyperbole has already reached deafening level. But the jury is still out – are Queen Adreena the perfect femme-men post-millennial rock band or some dodgy metal chaps plus a mad bird wearing petticoats?

Not quite the latter, for Katie Jane Garside is the kind of woman who makes ordinarily rational grown guys go weak at the knees. ‘Pretty Like Drugs’ will show you why. As her cutesy lost girl Tori Amos/Björk-isms erupt into fearsome hollers that would have piss dribbling down Courtney Love’s surgically enhanced thighs, it’ll all make sense.

Normally it’s envious ladies belying their insecurities when the visual aspects of a female-fronted band arouse suspicions of inordinate media, record label and fan attention. QA break the mould in one sense at least – it’s as much Garside’s star qualities as her not-entirely-unattractive deranged and semi-dressed demeanour that carries the group.

But for all her unhinged charisma, there is one major problem with ‘Drink Me’ – the rest of the band back Garside with an awful slosh of uninspired turgid sub-metal shite that nearly sank QA without a trace first time around. And with the exception of the bulldozing ‘Pretty Like Drugs’ underpinning and a few more startling riffs scattered like afterthoughts, that’s simply a let down.

“I will not change for you, I will not change one sinew” rages Garside on ‘Siamese Almeida’. And neither should she. But the male quota of Queen Adreena might just want to think about it, before they become dispensable.