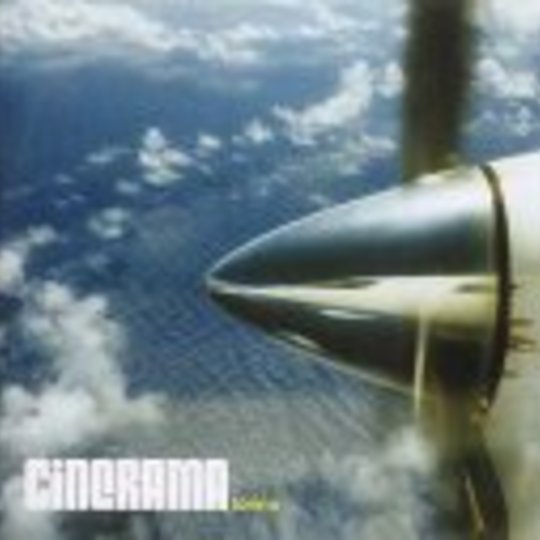 David Gedge has a hard-on.

A hard-on for fast guitars, for enormous tunes.

But most of all he has a hard-on for sex.

Curious cove that Gedge fellow. The image of him as a mild-mannered, indie stalwart remains. A past-it Peel favourite. A relic from the ‘C-86’ scene. A musical coelacanth who has somehow evaded extinction and doggedly continues to swim against the current current.

And now his role must be to take the hands of thick-neck thirty-something, can’t-dance, scared-of-girls Wedding Present fans and gently guide them safely through a bewildering and terrifyingly alien world of ‘thump-thump-thump’ dance and pop music.

The adolescent and relatively chaste, ’let’s hold hands’ world of early Wedding Present has long since been left behind. This album, like the Weddoes’ masterpiece ’Seamonsters’, cuts the crap and gets right down to the, uh, nitty-gritty. It paints Gedge as a man continually driven by passion, buffeted by emotion and drawn to danger.

He is particularly obsessed by infidelity. Most of the songs on ‘Torino’ are either about him or his girl sleeping with some significant other. Sometimes it’s just jealously imagined/suspected as on ‘And When She Was Bad’ (“If he’s only an old buddy, why does he stare at your breasts?”), other times he’s revelling in the excitement of playing away himself (“you put your hand onto the very place where my girlfriend’s hand should be” on ‘Quick, Before it Melts’). It’s a favourite topic that Gedge has returned to again and again throughout his career, consistently picking at it like an itchy scab.

Quite what long-time partner and, now, band member Sally Murrell makes of it all is anybody’s guess, though, in the song ‘Close Up’ the protagonist actually gets off on the fact that his lover has been sleeping with another man and even coaxes info from her about it whilst he’s giving her a portion himself, “don’t fail to give me every last detail” he urges.

Should we take such confessions as autobiography or as work of fiction, as in the same way that Evelyn Waugh wrote in similar context “I am not I: though art not he or she: they are not they”? Whichever the whether, this is where Gedge’s straightforwardness and lack of florid pretension reveal themselves to be his strengths. His songs work because they connect, because the listener is likely to see their own experiences reflected, with some degree of accuracy, in his lyrics. Whether it be in ‘Estrella’ where he can’t believe a clingy girlfriend puts up with his wayward ways and won’t take the hint to fuck off, or in ‘Get Up and Go’ where the girl he’s just spent the night with suddenly gives him the cold shoulder and gets remorseful after receiving a text from her boyfriend - before delivering the line that perfectly encapsulates the reason for most infidelity and, indeed, the entire album: “Oh God, I just couldn’t stop!”.

I thought the reason for Gedge forming Cinerama was to move away from the indie wall-of-guitar sound of The Wedding Present to a more subtle, sweeping, string-laden, ‘cinematic’ sound? The strings, flutes and electronics are certainly evident on songs such as ‘Airborne’, ‘Get Smart’ and ‘Cat Girl Tights’ ( a role-reversal re-write of the ‘Seamonsters’’ track ‘Corduroy’, where an old flame returns), but the barrage of guitars present say that ‘Torino’ actually doubles back to the old days and is, in fact, a follow up to, a continuation on from, the Weddoes’ last album ‘Saturnalia’, where the trad-indie sound was already being augmented with keyboards and lo-fi sounds.

Which kinda begs the question, what the dealio with this ‘Cinerama’ tag? Especially when a big, fat sticker on the front proclaims it to be the work of ‘The Wedding Present’s David Gedge”.

Blame Steve Albini, then. He’s partly the result. The old, self proclaimed ‘sonic terrorist’s handiwork is all over this album. The furious, fiery guitars on ‘Starry Eyed’, ‘Health and Efficiency’, ’Two Girls’ and others tear through the songs like a chainsaw through a bouquet of Valentine roses. The sound rolls in like a terrible thunder: a booming and coruscating blast of noise that rumbles darkly and sparks with light.

In this way Cinerama fuck with expectation, the music and the lyrics both have an unlikely serrated-teeth bite that distinguishes ‘Torino’ from it’s more earnest, grey, unadventurous indie fellows. And so it shall remain so as long as Gedge’s obsession with love and sex remains aroused.

But then, who ever got bored with having a hard-on?

Take The Long Road And Walk It