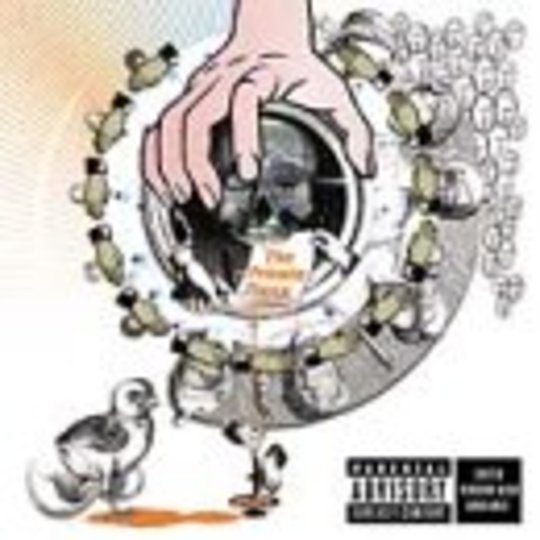 Josh Davis, aka DJ Shadow, knows what it takes to make a classic album. In fact he did so six years ago with his stunning debut ”Entroducing.’ It something the likes of people have never seen or heard. Constructed entirely around samples, yet thrillingly original, it took DJ music to a whole new level.

Now DJ Shadow** returns with his second solo album ”The Private Press.” which still leaves you impressed but it takes a while to get you there. It’s an album that people seem to either love or hate. The problem may be that unlike ”Entroducing” the tracks on this album lack a soul and listener never really gets a chance to connect with them. It seems to be more of a collection of songs recorded over different time period and with no real connection between them. This makes the album a better listen as one track at a time rather then from start to finish.

”The Private Press” does contain some really good music. ’Blood On The Motorway’ is a chaotic masterpiece of strings, drums, pianos and various sounds that would have been perfect if the vocals were knocked down to just one or two lines. That seems to a common problem with ”The Private Press”, he lets the vocal samples run before the beats and sample have a chance to catch up.

’Fixed Income’ with its soft guitars comes across like a lost Massive Attack song and ’Giving Up The Ghost’ is pretty close to Shadow copying his previous works with good but not great results.

There is one wild experiment, ’Monosylabik’, which Shadow challenged himself by building a song around a simple two-bar break. Everything was chopped and mixed, a process that took two months to complete. The song seems to be out of place creating a mix of odd DJ breaks and minimalist electronia but somehow succeeds.

”The Private Press” has moments that make you think of what might have been if Shadow did things a little different. He didn’t learn his lesson from the UNKLE album when he mixed vocals and beats. There are signs of his trademark sound, the looming psychedelic samples of records you’ve never even heard of. That is the joy of DJ Shadow, he’s an artist who raised the bar of DJ music to new height but ”The Private Press” finds him failing to advance enough to reach the mark he created.