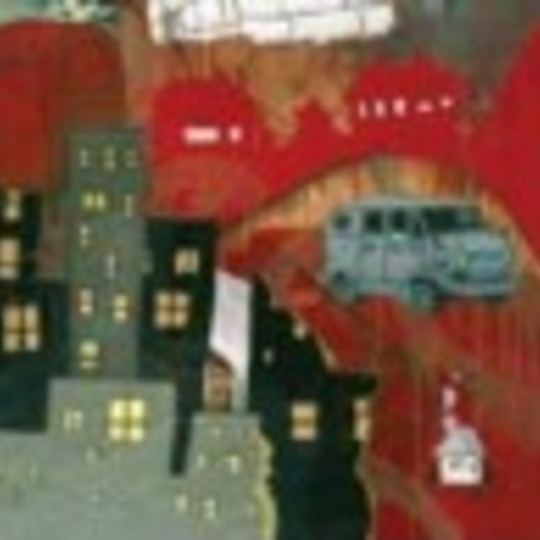 When it comes to the Get Up Kids *you probably already know whether or not you’re going to buy the album. Either way, with the current musical climate; the increasing appetite for melodic punk or ‘emo’, there is now a larger audience, outside of the constant faithful, who are potentially open to this release; just see it score in the higher regions of the NME-land. Yet instead of making the album that would undoubtedly make them increasingly popular _Right Now_, that would fit in with the, not safe, but reassuring sound, they opt for *‘On A Wire’. And ensure their position in the rock world for a long time to come, with a little help from our good friend, Scott Litt.

Yes, *‘On A Wire’ *is a radical departure from ‘Something To Write Home About.’ Yes, it has none of the immediacy, buzzing guitars, urgent hooks or soaring melodies that made _‘Something …’ _the masterpiece it was. At least not initially, because, unfortunately for those ‘purists’ who tossed this album snobbishly aside on first listen, *‘On A Wire’ *is a far more subtle and triumphant affair than you’d presume.

Opening with the beautiful and brooding ‘Overdue’, this album sees the GUK boys enter a new realm of maturity, one that shows them developing their innate ability to craft stunning pop songs, as is evident through every track. There is an assured yet laid-back mood that encompasses the album, which along with the reflective lyrics gives the impression of *the Get Up Kids *settling comfortably into the musical direction they wish to follow. Which, although at first surprising and perhaps under whelming, after a few listens, earns its place in the GUK department of your heart.

Expanding on their previous musical endeavours, the Get Up Kids can still do uplifting as hell, as shown in ‘Let The Reigns Go Loose’ _and ‘The Worst Idea’. They can still do epic, ‘Grunge Pig’-style, and create ready-to-sing classics in _‘Campfire Kansas’. Hell, they can even go Beatles-esque on ‘All That I Know’. But what really sets them apart from their contemporaries is the way in which they manage to make it all sit together so effortlessly, and yet retain its definitive GUK-ness.

To summarise ‘On A Wire’, the Get Up Kids have made yet another album with amazing artwork, crammed with songs to be proud of. Although a large step away from _‘Something …’ _this step is one in the right direction. *‘On A Wire’ *is the last thing you want to listen to before a magical night’s sleep, and the first thing you want to hear on a lazy summer’s morning.