The Wildhearts Must Be Destroyed 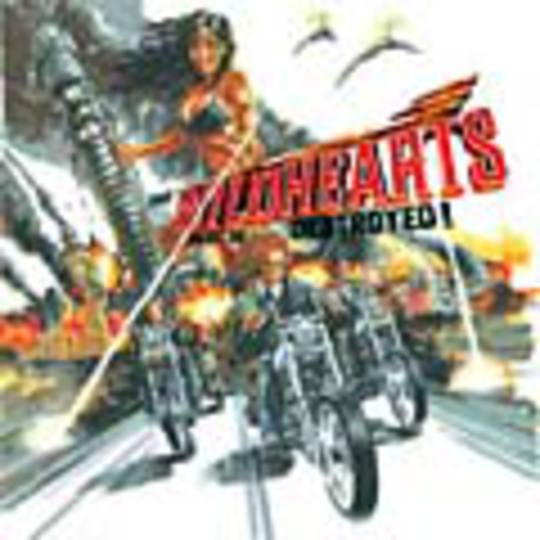 It hurts to write this, it really does. I love the Wildhearts. Even the bits everyone else hates. But The Wildhearts Must Be Destroyed is... bleh. It's not bad, as such; it's just not good.

'Nexus Icon' kicks us off nicely. Nothing too strenuous, just your typical coupla minutes of Wildhearts noise, twisting and turning a bit, leading us towards the magic that is to come. Except there ain't no magic. The next ten tracks pass by in a half-hour (yeah, that's all) of b-side-quality throwaway pop-rock, with only very occasional moments of brilliance. When disappointing singles 'Vanilla Radio' and 'So Into You' are the highlights, something's gone very wrong somewhere (and where's 'Stormy...', eh?). 'One Love, One Life, One Girl' is the only other thing which pokes its head above the surface. It wants desperately to be the new 'Beautiful Me, Beautiful You' but only gets about halfway. It's quite pretty, but little else.

The rest? Well it all sounds exactly the fucking same. Oh, there are slightly different melodies here and there, but not so you'd notice. There's nothing massively wrong with any of the songs (except the thankfully short 'Get Your Groove On'), but I can't for the life of me remember which is which. It's just so one dimensional. There's no anger. There's nothing over four and a half minutes (and they only reach that on one song, with an incessantly repeated chorus). There's just an over-sugared collection of underwhelming tunes that float around doing nothing much. It's like a friend who's just fallen in love: pink and fluffy, rainbows and blue skies and "top of the world" bollocks. All well and good in small doses, but if you're not on exactly the same wavelength, you're left longing for something that hasn't been castrated.