Night On My Side 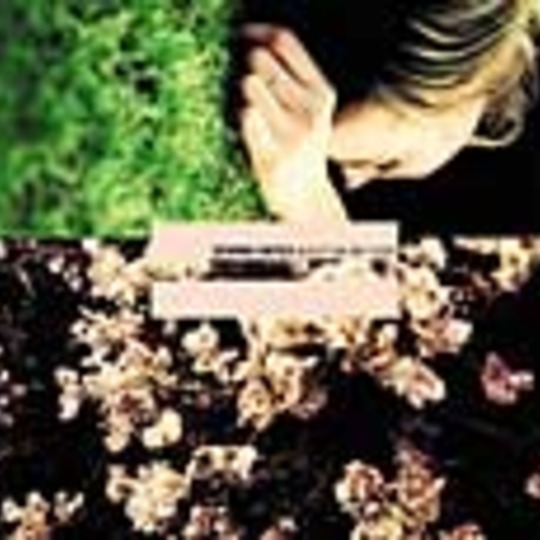 What do you get if you take Joni Mitchell, Sheryl Crow and My Bloody Valentine and put them all in an industrial size food blender?

Well other than an unsual lawsuit and a strange tasting cocktail you should probably end up with Gemma Hayes, the most recent female to grace the charts with her mixture of quiet delicate acoustic folk and loud rocking indie. I think I'm in love.

Last year saw the release of the beautiful 4.35am EP and the impressive Work To A Calm EP. The good news for earlier fans is that the album only has one song on it which has been on a previous release (other than Hanging Around of the EPs. This being Tear In My Side.

The idea for Tear In My Side begun from a line that was in 4.35am (We all have big tears in our sides) although this song hardly relates to 4.35am in any way other than that line. Tear In My Side is one of the rockier moments of Night On My Side, along with Hanging Around, Back Of My Hand, Let A Good Thing Go and Lucky One.

The album starts of with Day One which was originally meant to be an instrumental but turned into a short but sweet opener with some effective harmonica and acoustic guitar.

Hanging Around is the obvious first choice for a single here because of immediate guitars and great chorus. The song should probably have been released a bit later because of the great summer feel to it which might have helped it sell more.

Like Seafood it seems that someone thinks it's a good idea to release the rockier songs rather than the more acoustic ones from a mixed album which, it seems, is why Let A Good Thing Go (a live favourite) will be the next release from the album. Let A Good Thing Go is another song in a similar vein to Hanging Around. It has a memorable guitar riff which is sure to stick in your mind for hours after hearing the song, which is exactly what singles should do. In a way I see the logic. Rockier songs are more immediate and radio-friendly than the more delicate acoustic songs, but some of the more delicate songs on this album deserve to be released.

Over & Over is gorgeous, the harmonising strings just make the song for me totally. Wait until you hear them, it feels like giving your brain a bubble bath. This song was the first to make me think of comparisons to Sheryl Crow, it's more apparent in the way she sings some of the lines.

For those of you who picked up one of the Playlist CDs from HMV will have already heard Lucky One a song which starts of with an acoustic guitar and Gemma singing 'Ain't you the lucky one' repeatedly. This song is so amazing I couldn't possibly do it justice by trying to explain it. I'll just say that from the acoustic guitar it gradually builds up into an explosion of incredibly and beautiful noise. Definitely one of the highlights of the album.

Now for my absolute favourite. Ran For Miles. If you own the Work To A Calm EP then you will probably have realised by now that Ran For Miles is essentially A New Day (Version 2). Other than the choruses, both songs have the same lyrics. It's probably no wonder that this is my favourite seeing as I loved A New Day (Version 1). I don't know how Dave Friddman (Producer) did it but he managed to make something as simple as a bass drum beat totally blow me away. It hits me every time. The song is another of the more acoustic songs from the album and is outstanding. Every part of this song makes me want to sigh in that life-is-great-the-sun-is-shining kind of way. The chorus. The second verse when the male harmony comes in. The middle eight. The album is worth buying just for this song alone. It is that good.

The album does begin to stray in the last couple of songs which, although are very good, aren't as impressive as some of the songs earlier on in the album. My God reminds me of Gotta Low from the 4.35am EP. A delicate finger-picked song which isn't really memorable but is nice none the less. The same could be said about the album closer Night On My Side.

Although there are these small flaws the album is one of the best of the year already and will probably stay that way. Gemma Hayes knows how to take an acoustic guitar and write a beautiful acoustic song but she also knows how to rock. This is what sets her apart from the competition and this is why she will stay head and shoulders above the rest. There's nothing more I can say, except buy this album, not for me, but for yourself.

For a chance to see Gemma live in London at the Fleadh Festival, enter our competition here.