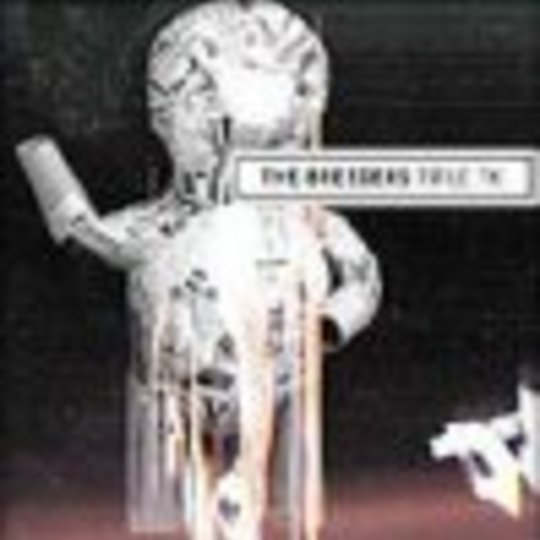 I remember spending a summer evening walking along the fringe of the Atlantic, along the shoreline of France’s West Coast, near La Rochelle. The movement of the ocean was mesmerising, I carried on watching it until long after night had fallen. It might have been 1995, it might have been the year after. I’m not quite sure. I would have been about thirteen, anyway. I’d not long found rock ‘n’ roll, but Nirvana had me by the neck.

Later, that evening, I sat listening to music with my cousin, long after midnight, under the shade of tall pine trees. He put on the Breeder’s first LP, Pod. And it was incredible, absolutely, scorchingly, incredible. ‘Glorious’ just rolled around me, wrapped me up in its vast, emphatic promises. The whole record burnt with translucent magic. I was stunned. It wasn’t overtly brutal or volatile, but it was awesomely powerful. And it expressed something I simply didn’t know music could, a kind of slowly-fizzing imperative passion.

Five years later, I went to a party in Nottinghamshire. It began in the early afternoon, it was the day that England beat Germany in Euro 2000, and was probably the warmest day of the whole year. I took my copy of Pod with me. The quiet bit during The Breeders’ version of **The Beatles' ‘Happiness is a Warm Gun’ – the most delicate hush of whispered vocals and slowly scraped guitar strings – came along. It sucked in almost everybody, stopped their breath, stopped heartbeats. The Breeders truly have an effect on people.

So, enough reminiscing, because the band, thankfully, are a going concern once more. Barring the ill-temperament of the British weather, the release of new Breeders LP should pre-empt the warmest days of this summer by at least a month or two. Nine years after they last put out an LP, Title TK is another record to rearrange your life around, or at least the most perfect days of it.

‘Off You’ is a swooning, poisoned lullaby of pristine magnetic poetry. It’s frail, almost torpid, but utterly enchanting. ‘I’ve never seen a starlet or a riot or the violence of you’, Kim Deal sings. I can only tremble, because this really, really, really is as affecting as rock ‘n’ roll gets. It’s a ludicrously great piece of music.

Other tracks, ‘Forced to Drive’ and ‘Huffer’ especially, kick up more of a dust-storm. They’re stark, simple and raw but, crucially, they sound like songs that should be made this century. Unlike, say, any of The Hives’ rapidly tiresome retro trawls. Or the woeful sleaze-rock posturing of Black Rebel Motorcycle Club, whilst I’m off on it. Which has to be said, because this album is simply much, much better than all that. This, here, this record, is the real distillation of contemporary rock ‘n’ roll cool. This or the Rival Schools LP, anyway. If you have to buy into anything, buy into this. The whole album hisses with the coiled menace of an anaconda, it’s full of veiled threats, it’s a sexually-laced dream. ‘You can bring it to me in the A.M.’_ Deal suggests. Fuck yeah.

The album’s brief, granted, but there’s not a single song that puts a foot out of place. Last Splash might have been a mild disappointment. This isn’t. Let’s hope the summer matches up to it.