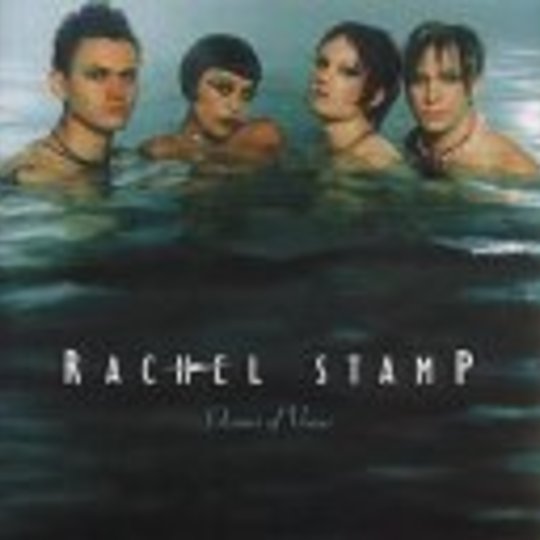 That's right, kids, after seven years, two albums (including one live album, 'Stampax') and too many record contracts to think about, David Ryder-Prangley and the Rachel Stamp gang have made the difficult second studio album. There's no 'Hey Hey Michael...' or 'Spank' here, oh no; it's more 'Dark Side Of The Moon' than 'Monsters Of The New Wave'.

It starts off quite delicately, with 'Starbirth In The Triffid Nebula', a acousticy piano tune, with a driving,doom-laden, relentless outro, which sets the tone for the rest of the album. 'Black Cherry' combines the best moments of Kiss and AC/DC into one storming epic, while old song 'Superstars Of Heartache' has been given a glossier coating. There is definitely lots of Prog afoot in tracks such as 'Starbirth...' and 'The Loveless', a duet with the Mediaeval Baebes singer Katharine Blake, billed as taken from the musical 'Twenty-five Days Of Hell' (a line in 'Monsters...') - a proggy duet about lost love, which scares many crowds live.

Those longing for the Rachel Stamp of old, do not fear - there are still a few anthems to keep you going. 'Do Me In Once And I'll Be Sad, Do Me In Twice And I'll Know Better' is the poppiest thing the band have ever done, 'Twisted' is 'Brand New Toy on amphetamine, while 'Permanent Damage' bounces along with glockenspiels-and-synths-a-go-go.

So, kids, what have we learnt from all this? Is a change of direction a good thing, or just embarrassing on the permanent record? For Rachel Stamp, 'tis the former, and I give you one piece of advice with this album: as the last track ends, press 'play' again. You won't regret it.