Fall of the Plastic Empire 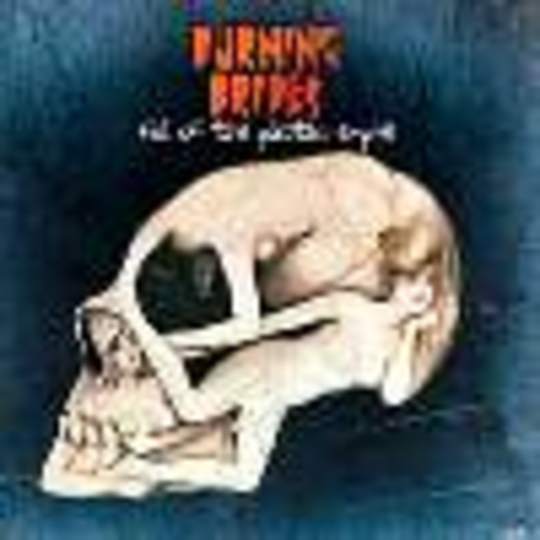 This isn't some genre crossover guitar music relying on the novelty value of rappers, or DJs, or over produced electronica thrown in for some "eclectic" effect. This is original, heavy rock music. It's so full of energy and power that any sort of media friendly gimmick would just cheapen the whole effect, the effect of having to physically shake and shout to this raw, harsh and rhythmic sound. You should listen to it.

Musical checkpoints for the Burning Brides include the primal energy of garage punk, like the MC5, and the more heavy stoner sound of Bleach-era Nirvana, but most importantly the Brides don't just sound like some cut and paste job. Its the feeling of these bands that comes through, not some record company dream of rehashing old profitable music into a next big thing. Its this energy that's combined with an obvious skill for writing songs, seen where the melodic "Arctic Snow" descends from catchy vocal hooks into a Slayer-esque storm of swirling guitars and caffeine drums.

Other highlights include the glammy stomp of "If I'm a Man", a song that slows to spoken word images of "crashing buildings fall on fat meathead, while lifting voltswagon to save young, blonde Barbie", before Dimitri Coats screams back into "HEY-HEY-HEY-HEYYY!" and a wall of manipulated feedback. Or the desperado grunge riff of "Stabbed in the Back of the Heart", and the screamy hardcore of "Elevator". Hey, there's even a part where they sound almost like The Beatles, in "Rainy Days", Dimitri's voice cavernously melodic for a moment.

So, fuck the target market. You can be original by actually writing GOOD MUSIC, and you don't have to be so obvious about your influences. There is amazing music out there. And the Burning Brides make up a pretty important part of it.