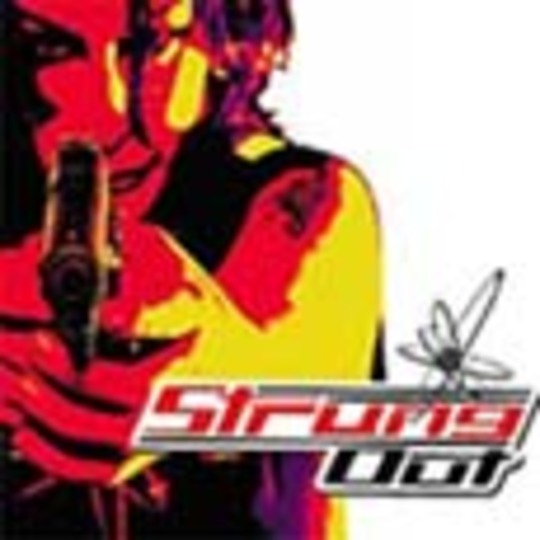 There’s been a lot of hype surrounding this record. Not least because it’s the first record SoCal heroes *Strung Out *(yes, another band from sunny California) have released for four years but after the boom of throwaway pop bands deciding to turn up their guitars, have tattoos and call themselves punk, as well as the emo-rock explosion that’s landed into the lives of their fan-base since, there seems to be a yearning again for the kind of punk-metal hybrid Strung Out were famed for putting out.

And to all those anticipating this, their fourth full length for Fat Wreck, I can safely say you won’t be disappointed! OK, so they’ve taken their time writing this one but with tracks like ‘Velvet Alley’ _and ‘Lubricating The Revolution’ _it certainly shows, their forceful, lip-smacking melodies being delivered with real driving emotion and, I guess some might say hostility given the lyrical content.

Vocalist *Jason Crux *says that an American Paradox is rooted in the American culture stating that despite the amount of poverty and injustice, if anyone criticises that or acknowledges that then the mainstream will say that you’re attacking freedom, which is ironic because that’s not exactly freedom at all.

In the title track he gruffly sings, _“In a world full of mirrors your reflection is all you see and I can’t stand what’s become of me. So I’ll scratch out my eyes, rip this face off, and rebuild something new for the world to choke on." _

Evidently, this is a band not content with the state of the world and this is reflected in the music where their simply amazing fretwork alongside the breakneck pace of this album shows off a band with incredible musicianship that the punk scene should be proud of.

They’ve toured their arses off over the past ten years but on the strength of this 13-tracker there’s seems to be no slowing down.