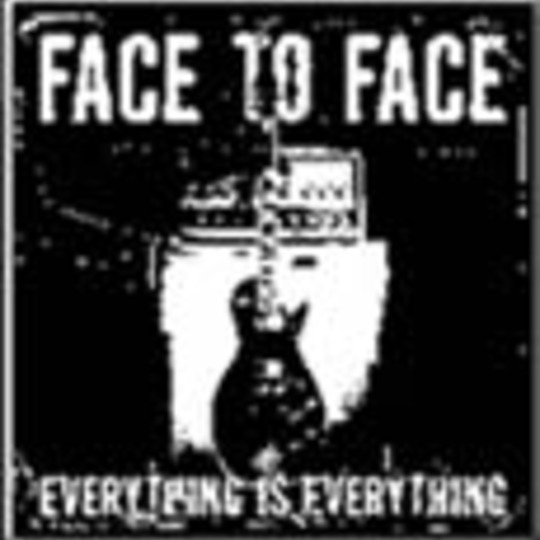 Who, you might be asking? OK, so Americans may regard Southern California’s revivalists of powerful melodic punk *Face To Face *as something of a punk rock institution but over on this side of the pond their tumultuous ten-year career is more viewed as a punk rock travesty. For despite touring incessantly throughout the states and putting out consistently well written and well-received albums throughout the nineties, headlining venues up to 3000 capacity the band still had not released _anything _in Europe.

That is, until April 9th of this year when they returned to Vagrant Records *from various ill-fated relationships with major labels, more interested in cashing in on the punk craze happening in the states, for their latest full length *‘How To Ruin Everything’. Adapting elements from their own influences such as *The Jam *and *the Clash *vocalist / guitarist Trevor Keith calls it an expression of _“all the reasons we used to love punk rock.” _But while it exemplifies perfectly the band’s ability to evolve the SoCal sound they helped establish and that’s embraced by so many of their pop-punk progeny those of us who are at last becoming initiated via this will still have missed out on 6 full lengths, 1 live album, a retrospective DVD and ten years of eloquent songwriting that constantly sought to transcend the limits of punk rock music.

So for this huge portion of Face To Face’s *soon to be rabid fanbase *Kung Fu Records *have compiled this _“Best of…” _album chronicling the raw & raucous early *AFI-sound of Fat Wreck’s *all time best seller *‘Don’t Turn Away’ to the ‘experimental’ melodic rock of *‘Ignorance Is Bliss’ *to 2000’s blistering *‘Reactionary’ *LP and everything inbetween.

So as you make your way through it’s not hard to see why they’ve found a place in the hearts of so many punkers. Their knack for writing consistently good tunes over the years is plain to see, listening to early tracks like ‘I Want’, ‘Pastel’ _and ‘A-OK’ _where a well-mixed technical aggression holds hands with energetically spat melodies that draw you further and further into their psyche.

Other up-beat and meaningful gems such as ‘It’s Not Over’ _and ‘Walk The Walk’ off the Live album eradicate the whole notion of _‘beer and girls’ punk _that’s overtaken their style in popularity over the years while the driving power of ‘I Won’t Lie Down’ and ‘Over come’ _are a statement of F2F’s seriousness about punk rock and what it’s supposed to be about. After all this is a band that has always stood for something and who won’t bow down to anyone’s misconceptions of emotional punk music.

As a bonus it also contains the aforementioned DVD of their long-form video documentary *“Face To Face: The First Seven Years” *to give us previously unfortunate Europeans a belated education on one of America’s best kept secrets.