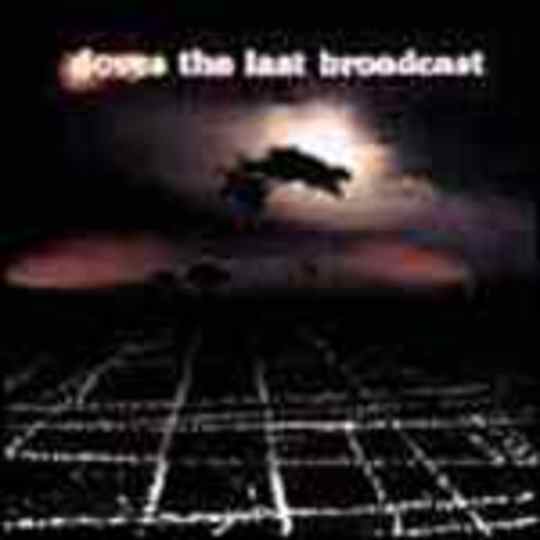 'It was a day like this that my house burnt down... and the walls were thin and they crashed to the ground' Yes, Lost Souls was a miserable, difficult debut album with almost any light amid the dark seemingly smothered, but it was still a brilliant, in places heartbreaking, album which announced the emergence of a band with major potential. Doves, therefore, had a big task in making a follow-up album to compete with it, but although there are a few changes along the way it's one they've succeeded in with ease.

Doves still can't do anything by halves, with 7-minute songs and the trademark huge and layered sound with all kinds of sampled voices and effects hiding amid the guitars remaining to be discovered on future listens. As soon as the ambient intro finishes and 'Words' begins with a catchy riff and a big 'don't care what anyone thinks' grin on it's face, though, you can tell this is going to make for an easier and more optimistic listen than it's predecessor. The divine euphoria of 'There Goes The Fear', complete with samba ending, and the lo-fi, recorded under a flyover, 'M62 Song' follow, and you can see they've expanded their range of styles as well as emotions.

The best thing about The Last Broadcast is that, despite it's 55 minute length, no song on it ever outstays its welcome, and every one has something different to offer. Highlights are tough to pick, but the gospel-meets-Sigur Ros-and-invents-huge-'Hold on'-chorus of 'Satellites', and 'Pounding' which lives up to its name and makes its invitation to 'seize the moment' sound like the best advice in the world must be among them. 'Friday's Dust' is also worth a mention with a fantastic though briefly used clarinet line and a strain of melancholy which almost matches Lost Souls' crowning glory 'The Man Who Told Everything' for sad beauty. That's even without mentioning songs as good as 'NY', 'The Sulphur Man_'...

Basically, this album has the rare combination of both totally grabbing you from the start and revealing many hidden depths, and of often being sad and regretful in tone yet still being hugely uplifting. And, with their clever cheating of the charts to get a top 3 single, it looks like they may yet manage that other unlikely combination of remaining brilliant and becoming huge. We can but hope.