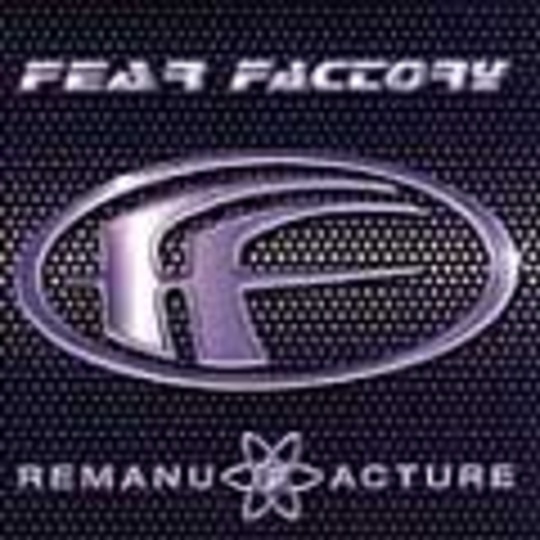 After 1995’s genre-defining metal classic 'Demanufacture' (which no metal fan should be without), Fear Factory showed their interest in the emergent technology available via “Remanufacture” – the remix album, recently re-released, it originally came out in 1997. It retooled 'Demanufacture' into new shapes and forms – and not always successfully.

'Demanufacture' is best listened to on its own: it’s a crushingly heavy record, perhaps best described as what The Prodigy would sound like if Liam Howlett played guitar and listened to Slayer rather than hip-hop. The strengths of 'Demanufacture' are exactly what detracts from 'Remanufacture', sheer brutality and aggression, coupled with melody and memorable songs, both of which are strengths generally ignored in 'Remanufacture', which emphasises the electronica aspect of the band. Which, for a band without a keyboardist, is quite odd.

That’s not strictly true though: Rhys Fulber of **Frontline Assembly (whose 'Millenium' album is one of the heaviest electronic albums ever) actually quit Frontline Assembly to join Fear Factory’s live line-up. He serves as remixer for half of the 13 tracks involved; along with additional remixes by Dutch gabba DJ Dano, Junkie XL and Kingsize. 'Who?' you ask. Exactly. I still don’t know, must have been whoever Roadrunner could get to do the remixes as cheaply as possible. 'Remanufacture' dilutes the original album down to a series of ineffectual drumbeats and loops, with substitute piano lines working in places to re-create that ominous atmosphere the original had, but then ruins everything with sequenced bleepy techno lines and sweeped basslines. Along with a big beat breakbeat that was already weak and ineffectual when the album was released, let alone 5 years later.

Ultimately, two tracks aside (The Chemical Brothers-esque “Burn” , a remix of 'Flashpoint' and the haunting '21st Century Jesus', which takes 'Pisschrist' and translates it into a different dimension), this album is ineffective, merely detracting from the original and retooling it into a more palatable, more commercial, less impressive dilution of the genre-smashing, fiercely inventive original 'Demanufacture'. This is more like a cheap photocopy of the original, skewed for the worse. It's worth buying if you see it cheap and are a huge fan of the band, but at the end of the day, it comes across as an ill thought-out commercial cash-in of the newly-emergent big beat / techno-metal genres of the time. Its an interesting alternative for the hardcore fan, who will no doubt own it already, but it is unsatisfying and lacking the intensity that made **Fear Factory so memorable. If only the original plans, to have the tracks remixed by The Prodigy, had come to fruition ...now that might have been a bloody brilliant record, but they were waylaid courtesy of something called 'Firestarter'.Instead we get a forgettable album that doesn’t bear up to repeated scrutiny. You’re better off sticking to the original album!