A Tribute To The Beast 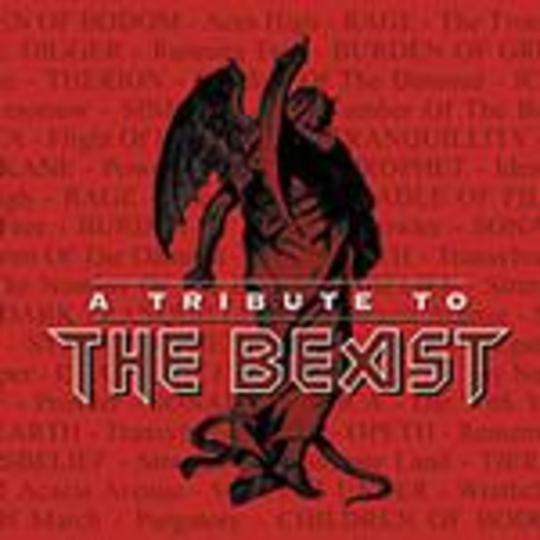 I like tribute albums. They're fun. And I like Iron Maiden. So an Iron Maiden tribute seemed like a worthy thing to spend fifteen quid on. Oh no, hang on, it's by a bunch of black metal bands...

The tracks are mostly obvious choices: we get 'Hallowed Be Thy Name', 'Number Of The Beast' and 'Wrathchild' (although mercifully no 'Run To The Hills' or 'Iron Maiden') and the most recent track is 'Stranger In A Strange Land', but it's nice to see a few of the ignored classics - '22 Acacia Avenue', 'Purgatory' and the criminally underrated 'Children of the Damned'.

The only bands who see fit to add anything to their selections are Cradle Of Filth, who maul 'Hallowed Be Thy Name' with their comic vocals and silly wind-through-a-graveyard fx, Tierra Santa who turn 'Flight Of Icarus' into a rather nice ballad, and Dark Tranquillity, who turn the middle of '22 Acacia Avenue' into a scary spoken word thing. Other successes come from bands who choose to sing, rather than growl: Opeth provide a surprisingly upbeat 'Remember Tomorrow', Sonata Arctica do fun things to 'Die With Your Boots On' and Steel Prophet's 'Ides Of March/Purgatory' combo kicks off the album in style. Iced Earth's 'Transylvania' is blistering - say what you will about black metallers, they can play their instruments.

Of the rest, Six Feet Under's Chris Barnes comes up with the novel idea of belching the vocals to 'Wrathchild' (at least, I think that's what he's doing), Rage sound seriously constipated on 'The Trooper', and Disbelief slaughter 'Stranger In A Strange Land'. Everything else is at the very least listenable, and often interesting. And then there's the comedy value of Scandinavians making up daft lyrics which sound vaguely like the originals. "His wings turn to ashes to assess his rape" anyone? There's a lot to like here.

* thirteen fifty with a student discount