Nun Of The Above 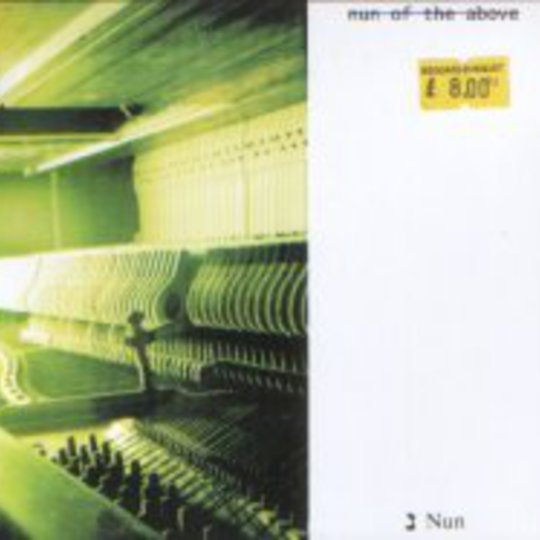 Let's get this straight.

Nun Of The Above is a pretty shit name for any type of artist wishing to be taken seriously.

It sounds like the sort of pun Tommy Cannon would read to Bobby Ball in Gloria Hunniford's dressing room at Skegness Pavilion in the mid-80s that my dad would find quite funny but when you're talking about something this intense... Nah...

As it happens, Nun Of The Above are the end result of an embryonic process that coerces the mutation of Ennio Morricone's left-hand to the collective palette of Godspeed! You Black Emperor in monochrome.

If Bela Lugosi ever needed an excuse to be resurrected then 'Etude Something' could be the perfect alibi? Likewise the delectable 'Ikea' is the brow-bitten squalor of Sylvia Young's wannabes on a fogmarch through Bosnia before Steve Vai swings his axe... ooh several times then adds the odd cum-paste laden lick. If that weren't enough to convince you of 'Nun''s incessant obsession with paranoia then listen to the closing 'Splitting Hairs', an operatic meander through all things Frost and Nyman yet never accepting the possibility that this is just a new take on dispensible rock'n'roll chic.

Nun Of The Above quite clearly hold their heads above the stars in a vertical posture depicting erect nobility. Long may they reign supreme.