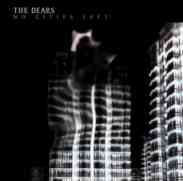 The Dears - No Cities Left

It’s been a busy year for Canadian band The Dears. Since 1995 they’ve ploughed a relatively lonely furrow in their homeland, releasing a couple of albums and EPs along the way. It wasn’t until this year's SXSW festival in Austin, Texas, however, that anyone really began to take notice. Suddenly, anyone who was anyone wanted to sign The Dears and Bella Union emerged victorious. Crucially, however, unlike their new label-mates Explosions In The Sky, The Dears look set to take on this side of the Atlantic by storm with this intense and epic album.»

No information for this release