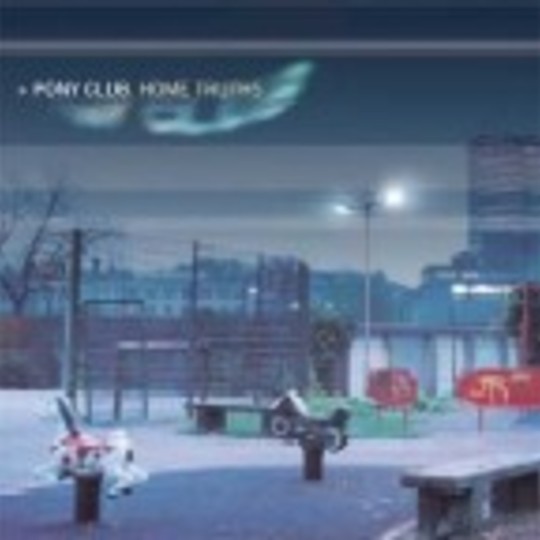 ‘Home Truths’ is what The Beach Boys’ ‘Pet Sounds would sound like if Brian Wilson had grown up in the dreary suburbs of Wolverhampton. Or Leeds, or Birmingham or any other city you care to mention.

Both albums have simple, catchy songs with naïve melodies, but the gap in subject matter is as wide as the geographical distance between California and, say, Finglas, Dublin, home of one-man band (or Pony Club) Mark Cullen.

Where Wilson eulogises teen love and childhood sweethearts, Cullen paints a bleak picture of dysfunctional families, unfaithful husbands and prescription drug abuse. ‘Home Truths’ is a veritable catalogue of the misery of modern suburban life, but it’s all delivered with a sharp wit and energy. An arguing husband tells his wife: “Oh honey when you’ve had enough / Let’s take a drive and listen to Shania Twain’s Best Of”. That’s from a song called ‘Millions Like Us’. Enough said. On ‘CCTV’ Cullen wails he wants to “run till the houses get ugly / Where everybody calls their first born Britney.”

Frustration with the suburbs is nothing new – witness Suede’s first two albums, the entire Smiths back catalogue, and so on – but ‘Home Truths’ has none of Brett Anderson’s escapism or Morrissey’s self-comforting navel-gazing. There’s no comfort here, save ‘Afternoon Drinking’.

Cullen recorded ‘Home Truths’ on a computer in childhood bedroom, but it has none of the weediness of, say, White Town (remember him?). In fact the music rises to the ingenuity of Cullen’s lyrics, from the cutting strings on the bitterly sarcastic ‘Flakey Wife’ to the simple piano motif on ‘Single’.

As the title suggests, ‘Home Truths’ can make for uncomfortable listening, but it’s also funny, clever and refreshingly unusual. An acquired taste, for sure, but one that’s worth acquiring.