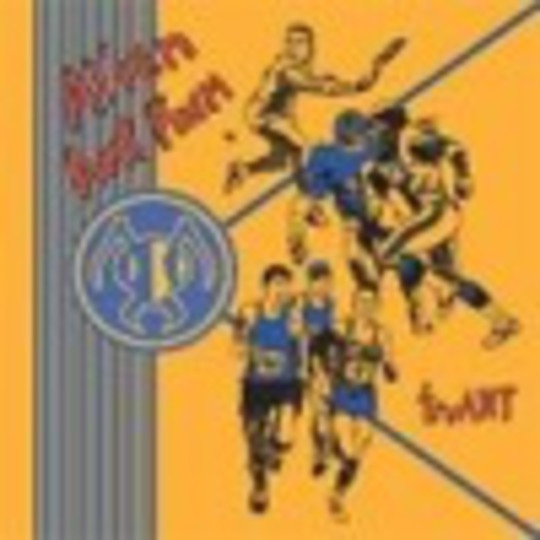 Alien Ant Farm, huh? Whip the boy to hell, huh? Everyone else has done and show no sign of stopping. It’s not like they’ve done anything to garner my respect now is it? But being the nice guy that I am, I find it only fair to sit down and listen… and ignoring the suitably worrying cRaZy title, this record ain’t an absolute stinker. AAF are planning on hitting all those horrible name callers back into their anti-nu-metal holes. Alien Ant Farm are, for all their sins, not a nu-metal band. They’re something altogether different and possibly loads worse.

It’s not even as far as heavy rock. It’s just painfully American radio rock, even to the [cue gasps] point of being bland on the frequent occasion. Blending careful harmonies with insidious melodies and woeful lyrics with clever vocals, AAF stick a couple of Hispanic influences and some string quartets in as well. Just for good measure, like. Closing track ‘Hope’ incites memories of Silverchair’s flamboyantly safe orchestral moments and unsurprisingly - due to the DeLeo brothers’ privileges as producers ($$$ over cred?) - ‘Sarah Wynn’ and opener ‘1000 Days’ almost remind you of a decade previous, when *Alice In Chains *and *Stone Temple Pilots *ruled every roost the others never got to.

But yeah, it ain’t no masterpiece. There’s a couple of soaring anthems with ‘Goodbye’ and ‘These Days’, on there that will inevitably become their international singles but, y’know… it’s Alien **fucking **Ant Farm. They got a record deal because their mates got a big break and struck it big enough to sign their own shitty little bands onto their own shitty little label. “Lucky” is what some call it. At least there aren’t any novelty cover songs on here. But actually that just means you have to think of different reasons to shout at them.