Start With A Strong And Persistent Desire 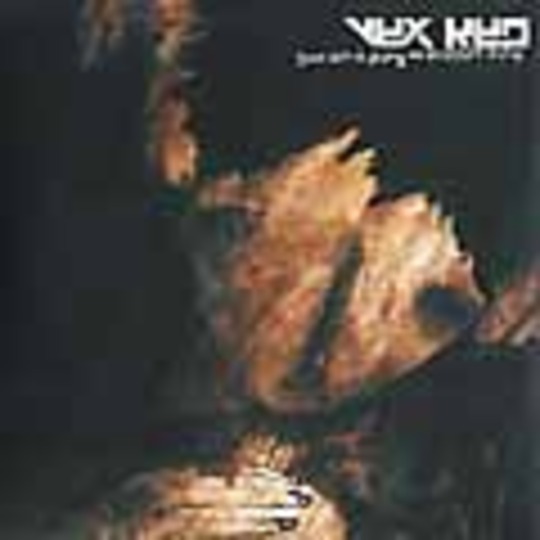 Vex Red. The name chosen from two pieces of paper put into a lucky dip, for whom, some may say are the luckiest band in the world. Plucked into the limelight from relative Hampshire obscurity, after sending their demo tape to Ross Robinson, (of ATD-I and Slipknot fame), they have been compared to many a competent metal stalwart, from Tool to Silverchair to Stabbing Westward in the space of two singles and a series of successful live shows.

‘Start With A Strong and Persistent Desire’, is the Aldershot five piece’s much-anticipated first full-length release.

Storming into action with ‘The Closest’, with it’s power-chords and Trent Reznor-esque vocals, the ‘Red run what seems to be the gamut of their musical possibilities, soft sections, synthesised bleeps, riffing, whining, you name it, they do it, and keep you sitting on the edge, asking for more. The piano plays it’s part in the deceptively plaintive intro, to the later crashingly brilliant ‘Dermo’. Terry Abbott proves over the course of this album that his vocals are ambidextrous,_ reaching the haunting chants of Coldplay and the hard assurance of Maynard James Keenan_.

Sequenced-synth loops, emotional vocals and energised guitar swirls give us the excellent ‘Can’t Smile’, the best record that Gavin Rossdale wanted to, but could never ever make. ‘Untitled’, the single that Keith from the band is keen to release, is introduced as a soothing, acoustic statement, but dramatically launches into a whiny guitar rocker, tinkly legato piano, and a heavy, extremely ‘moshable rockout’. Taking you through the emotional journey of retrospection on a failed relationship. ‘Itch’ is excellent too, the Queen Adreena–esque lyrics bringing frustration and confusion to the fore, with the out and out metallic polish. _And their simple but effective weapons in their arsenal?– the victim rock of _‘Bully Me’, the pure electric heaven of ‘Cause Any Solution’.

The title track, of interest to many, is, in lazy journalistic terms, the lovechild of Tool and Incubus, with emotional screams, distorted whining and electronic distortion. Incubus-influences feature again, with the Daniel Johns vocals of ‘Clone Jesus’ bringing us a piece of the ‘Red’s sensitive side. Equally good, in a thrashing rendition of ‘Sleep Does Nothing For You’, and the poignant posturing of the touchingly beautiful, yet angular ‘Vert’ – an ending fitting to the absolute king of an album.

Lady luck may certainly have been shining, as the boys from Hampshire have proved that under the slick production, they have indeed, some top quality tunes, for almost each and every track on this album is a potential single.