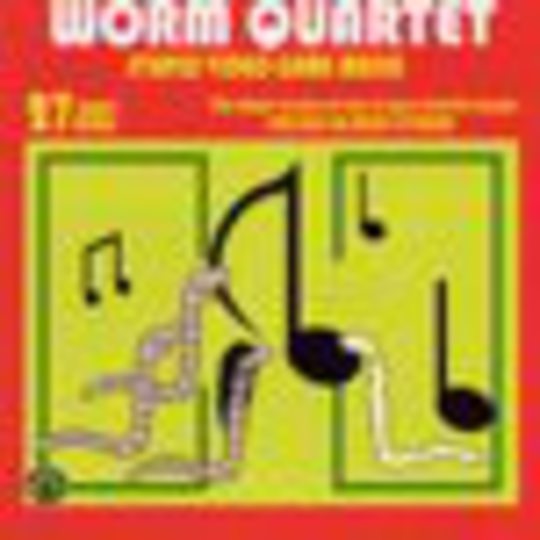 The title is a fair description of the album, I think. More cheap keyboard punk from the fantastically funny Tim "-=ShoEboX=-" Crist, following pretty closely in the footsteps of his debut album, "Sumophobia", but with more tracks, more diversity and more amusing interludes. It's very juvenile but, as a very intelligent man once said, "There's no point being grown up if you can't be childish sometimes." Crist is the kind of person who yells "Theater" in a crowded fire, which should give you some idea of his sense of humour.

It's very easy to get lost looking for full-length tracks amongst the twenty-second interludes and various versions of 'Mommy's Broken' (the dance remix is particularly good). They are there, though...

'Dear God' is a hilarious and heartfelt plea for deliverance from Teletubbies, exploding faces and assorted other threats. 'Frank's Not In The Band Anymore' is the epic tale of the world's most unfortunate sticksman, and features perhaps the best drum solo I've ever heard. 'Road Bliss' is an ode to traffic jams, and I'm not entirely sure what 'Ice Cream Has No Bones" is all about, but I like it. "Call Me Jennifer and Steal My Stapler' shows a marked progression in Crist's songwriting, whereas 'I Wanna Poop In Diane Sawyer's Mailbox' shows no progression at all, being a song from the first album with different lyrics. And 'Pac-Man Is Naked And So Should You' is, literally, stupid video game music.

And in addition to the punk, there's a very short barbershop piece ('Thermometer Of Doom') a cover of Atom and his Package's 'It's a Mad Mad Mad Mad Mad Mad Mad Lib', and a version of Bach's 'Minuet In G'. There are perhaps too many shorter songs, although some are well worth the effort ('Long Story Short' in particular). Quite brilliant.