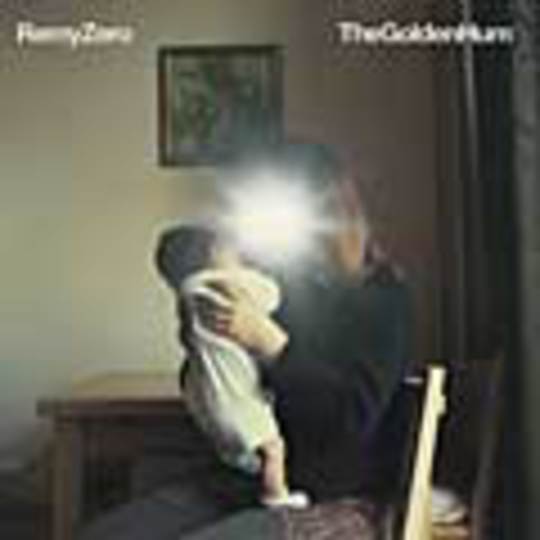 Some bands just have that "thing," the oft-mentioned indefinable sparkle that makes them stand out from the rest of the music that's going on around them. What is it that makes their music stick in your mind?... They use the same chords as everybody else, the same instruments, nothing crazy or out-there... Some bands that put all the same parts together don't quite add up to the same whole, they come across as boring and tired. Whatever that special "thing" is, we hear it and we pronounce it great. Remy Zero have shown themselves to have "it." They've got "the thing.".

They've been compared to bands like *U2*, and rightly so. Maybe it's something that grows out of people who've known each other for a long time. The guys in Remy Zero have been friends since childhood, and have an easy, family-style relationship that provides an ideal environment in which to nurture creativity. "The Golden Hum" is the product of an intense year-or-so in their lives together, with their profile growing fast and furious, tours with Travis, their song featured as the theme tune for a new TV show (Smallville, shown at 6 pm, Wednesdays on Channel 4), and general expansion of their horizons. Their history, combined with all this hustle, has produced (I almost want to say birthed, bred, or something organic like that here) a solidly brilliant album.

Lyrically, it's full of longing and a little bit of melancholy. The songs tell the story of lost things; lost security, lost faith, lost innocence. But the longing part of it shows the hope that's still there, the recognition of necessary change and the moving on of life. The title, "The Golden Hum," refers to the special glow inside all people, and each song sings about the nostalgia for when the glow was where you lived every day. It's about coming back from jadedness to rediscover that even though you've lost those innocent things and grown up, you can still feel and see the glow if you just open your eyes to it.

The underlying themes in the music and the production support that feeling of longing and redemption. Plenty of power chords, but always with something a bit different about the production, an eerie tone here, a slight discord there, keeping the songs from falling into boring-land. That coupled with the lyric themes makes for an album that really raises up that yearning for security and peace. It manages (as is rarely done) to reach in and dig at that sore place where you miss the things you've lost--but then it smooths it over and starts healing it up.

The album isn't out yet in the UK, but watch drownedinsound for news of the release. Until then, you can order it from the US--and it's definitely worth it. I would recommend this album to anyone with an appreciation for good rock music. It's an accomplished, well-developed album that inspires the kinds of feelings we're all hungry for.

Don't forget that they're playing in London on the 4th and 5th of February, and Paris and Belgium later that week (see their website for details).