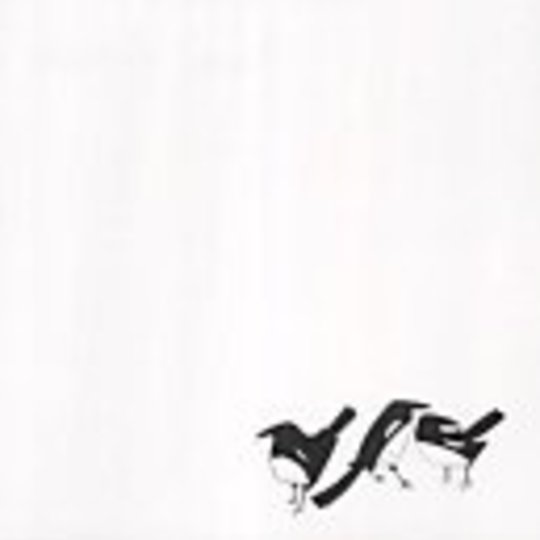 I always made sure I sat by the window. There, in many a longuer, I would stare fixedly out the grimy glass, over the rows of rooftops, past the motorway, to the distant hills. Where concrete and grey finally gave way to a murmur of green. In the classroom the teachers info-gabble about trigonometry or the topography of central India or who killed who in the Battle of Bosworth all sailed effortlessly over my head - or under it - whilst, on the faraway horizon, birds lazily circled treetops.

I still live in a place where the urban and the rural co-exist side by side. A city surrounded by farmland. Two places we are told have no connection with each other whatsoever, they are alien to each other, they are kept far apart from each other. One is over here and the other is right over... there.

It’s as if nothing exists between them, as if past suburbia, but before you reach the countryside proper lies some sort of no-mans land. Well, it isn’t, people live there, in those towns and small cities set adrift from The Centre of Things, just along the blue road that disappears off the page on your road atlas. Y’know, just south of a place your going to, to the west of somewhere else. On the motorway signpost, second from the bottom. See those houses in the distance, to your left? That’s it!

I live somewhere like that, and so does David Edwards. In his city home he makes music that, like most musicians, is inevitably informed by the environment that surrounds him. This is what is heard in the music of Minotaur Shock. David Edwards, as Minotaur Shock, fuses these two genres. The result is folktronica. Of course, plenty have been before him. I suppose you could cite the folk-rock brigade of the late 60s as an early example, but if we’re talking the here and now, then the likes of Beth Orton and underachievers Alfie who both supplement their acoustic folk-pop with soft electronic beats. But that’s really nothing more than acoustica with modish bleeping sounds in the background. Minotaur Shock is more on the ‘tronica side. Like Boards of Canada, the music he creates is not like the austere, imposing, sheer granite wall of Autecre and the other aridly dry electronica boffins, but a more airy, squashy, pliant sound.

This is suffused with a pastoralism, created by ’found sound’ and a variety of instruments. Plucked acoustic guitar, tinkling piano or even, in the case of ‘Moray Arrival’, steel band drums are successfully married to programmed beats.

The common perception is, of course, that electronics = cold, while instruments = warm. But far from this combination of fire and ice resulting in luke-warm water, the end result is a breezy, often wistful, sometimes playful collection of pieces. But what’s more, though there are plenty of ’real’ instruments woven into this album, that you would suppose add the warmth, it’s the electronica, that, far from being the distancing, alienating future-sound we know of old, is actually just as, if not more, ’organic’ sounding as the acoustic sounds. Like CGI created butterflies flittering across a hyper-realistic landscape, the artificial is trying to re-create the natural. And, more often than not, it’s doing a damn sight better job of it.

There’s little in the way of harsh, icy, electro-stabs here. No dehumanising ‘the machines are here‘ terror that lies at the heart - indeed, is the very thrill of - hard electronica. It glides above the exhaust-filled modernistic carnage of the city, traffic racing along it’s streets like an oily metallic blood pulsing through black veins. It soars above it all, dancing freely amongst the clouds, then darting away to the wide open fields beyond.

Named after the two birds that can be heard singing at night (so much for Paul McCartney‘s “blackbird singing in the dead of night“ eh?), ‘Chiff-Chaffs & Willow Warblers‘ is more than merely ambient flutter. Scotland’s aforementioned Boards of Canada are clearly an influence, as are, on some tracks, Japanese composers Ryuichi Sakamoto and Susumo Yokota. Throw in some Phillip Glass, some Krautrock synths, free-jazz doodling, trumpets, flutes and chattering percussion and you end up with a veritable lucky-dip of all styles. This could should have led to a confused clutter, a hotchpotch of disparate sounds. But, actually, in a way like fellow magpies The Avalanches, it’s gleeful diversity lends it a freewheeling playfulness uncommon in electronica.

My favourite track is the final one, ’Primary’, with it’s hushed Twin Peaks/Angelo Badelamenti hum and crackle opening which then bursts into an intricate, ghostly, ornate music box waltz, whilst electro sparks flicker and pop. I like it because of it’s hazily pretty, dreamily spectral yearning, the way it evokes imagery of some silently flickering cine film of childhood, all lens flare and beaches and parks and kites.

And because I still find myself staring out of windows, still searching the horizon for those green hills far away.