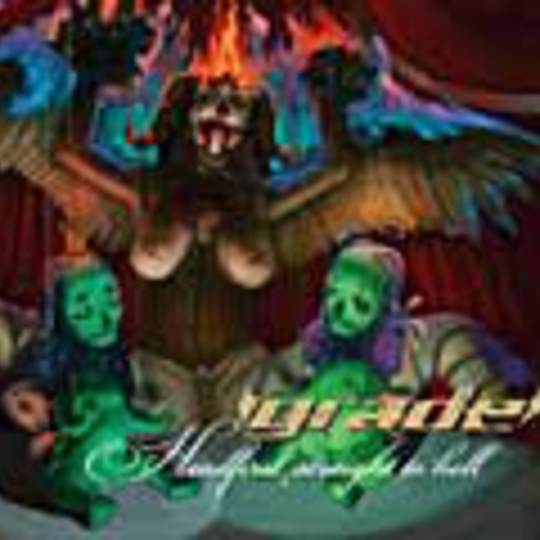 Back with their confusing mix of emo, Indie-pop, hardcore and metal Grade don’t seem to be making the same kind of impact as their previous long player _‘Under The Radar’ _which broke new ground back in ’99 when it came to fusing dark tough-guy V.O.D.-style screamage with poppy-emo rhythms.

It may be their decision to change their producer & co-produce themselves this time, resulting in a looser sound & a live feel, much like what Snapcase did with 'Designs For Automotion'. But, whereas with Snapcase, the catchiness & impact of each track had been lost in a wash of similar ideas & song structures Grade have emerged triumphant.

Typically striking tracks like ‘In Ashes We Lie’, the deftones ambience of _‘Twenty Moons’ _and _‘In The Wake of Poseidon’ _are here, even if the latter does borrow more than a hint of gun-metal posturing from Iron Maidon towards the end. It may just be the lack of urgency in parts which makes them harder to find.

One thing’s for sure though, with HSTH Grade look like they’ve finally found a foothold in a disparate style of their own, building on the basic ideas introduced on their previous efforts and emerging with a monstrous album with all the hooks & obscure melodies that’ve wormed their way into the hearts of Grade fans the world over.

I doubt words can quite pinpoint the spectacular sound of Grade so I recommend you check them out when they return to these shores in February.