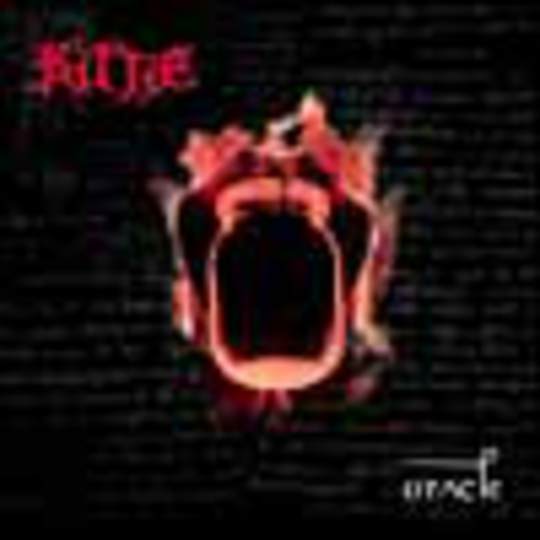 Kittie, and then they were three: Morgan Lander, Talena Atfield and Mercedes Lander, the cut down, streamlined, second album Kittie, the still produced by GGGarth Kittie, and, most importantly, the still great Kittie. Gone may be one member, but gained is a more precise aim. The sound, while containing less physical music makers, now contains far more aural musical depth, more depth and more force, as if to counter the possibility of people seeing a gap in the band, they redouble both the effort and the power behind every word, every note.

And while music might be about notes, key changes, fiddly guitar solos, this isn’t, it’s about music as sound as emotion, as power. Often little less than a concentrated onslaught, the almost minimalist instrumentation forms a noise far greater than the sum of it’s parts, and it is easy to write Kittie off as nothing more than that, a noise, unfocused and uncoordinated, and if you didn’t listen to the vocal, you would think that. I can’t remember the last time I’ve heard such a beautiful voice, and the vocal range within this album certainly helps to test any attempt at isolating this band in a single genre, from harsh, direct death metal choruses to note perfect harmonies, a track for every mood, every day, every near glance.

And that’s another thing that makes this an album, and album rather than a collection of songs, the totality of it, you feel like you own, again, something far more than the sum of it’s parts, from the soaring vocal melodies of ‘What I Always Wanted’ and ‘In Winter’ to the rolling drums and chugging guitars of ‘No Name’ and opening track ‘Oracle’ to the final, slow, come down paced ‘Pink Lemonade’ stretching out to over more than 10 minutes of heavily (but not overly) produced, almost ballad like end track, 10 minutes maybe, but if it didn’t show up on the track length display, I’d have thought it no longer than the other 3-5 minute album tracks, you want something to end an album with? This is it.

One of the best albums this year, one of the most together albums of the year, one of the most (internally) varied albums of the year. You must own this if only for ‘In Winter’. All the lyrics are included in the Goth-ed up sleeve notes, and while not shouting about 3rd world debt, international war, or other fashionable motifs, they do address something that affects everyone, thoughts so personal that they can be nothing but the exact things everyone thinks about, and in a sea of dire nu-metal and pop-punk seeping across the Atlantic, it takes 3 Canadians to show the whole North American continent how to do it.

Can You Answer This