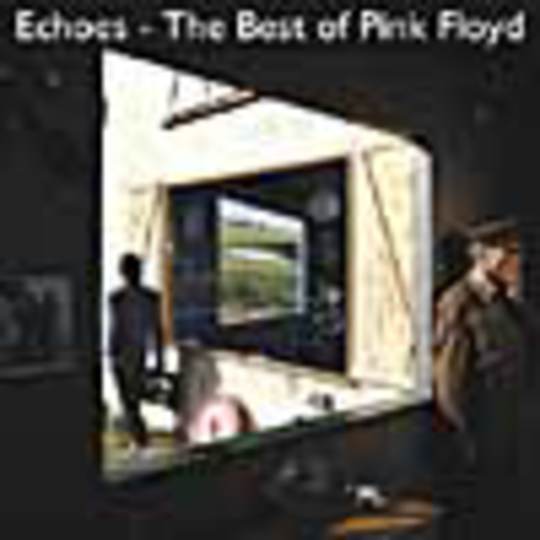 You’ve probably seen a couple of Pink Floyd records in your parents’ record collection. Probably ‘Dark Side Of The Moon’ and ‘The Wall’ at a guess, two zeitgeist-capturing records of their time; and that time was the seventies. Now, having repackaged their back catalogue to death, it’s time for an “approved” greatest hits CD, but quite frankly, an inconsistent and erratic selection of tracks does the band no justice at all.

From their initial forays into psychedelia and space rock to the latter days of stadium AOR hell, every era of the Floyd here is represented. Early singles like ’Arnold Layne’ and ‘See Emily Play’ are either psychedelic genius or total fruitcake material, depending on the amount of drugs you ingested in the ‘60s. I wasn’t around in the ‘60s, so I guess that makes me biased into describing it as indulgent prog-rock hell, the absolute charming lunacy of ‘Bike’ excepted. ‘Astronomy Domine’ is musically simplistic genius, but still, makes less than no sense lyrically in the slightest.

Come the departure of cult figure Syd Barrett, the prog rock artistic indulgences continued even further, though less from the quirky into the self indulgent. ’One Of These Days’, with its echoed basslines and guitar is as accessible as it gets (though including the 24 minute ‘Echoes’ goes too far). Then comes the perfect honing point, with zillion selling material from ‘Dark Side Of The Moon’. ‘Great Gig In The Sky’, ‘Time’ and ’Us And Them’ are just the point of perfection, where their experimentalism was honed down to song structures. And then there’s the paean to insanity that is the gentle and mournful ‘Wish You Were Here’, perennial classic and much-loved, even by Limp Bizkit, Billie Corgan and Sparklehorse.

CD2 starts of with the Orb-sampled classic ’Shine On You Crazy Diamond’, sadly bereft of the half-hour version that’s been promised us for years (having only made an appearance on a compilation album for a session guitarist!), but showing restraint and extravagance in equal doses. ‘Sheep’, from ‘Animals’, is missable, and then there are four tracks from the mammoth billion selling ’Wall’ CD, which while being one of the most depressing albums ever, is still truly a masterwork. However a poor selection of songs here (omitting ‘Run Like Hell’ and the beautiful ‘Nobody Home’ in favour of ‘The Happiest Days Of Our Lives?’) seriously makes you wonder why the album sold so bloody many. Then comes along ’Comfortably Numb’ (with a serious contender for best guitar solo ever) and answers why: it’s a song which other people would aspire to write. However, the poor choice of ‘Fletcher Memorial Home’ from the massively underrated, and best Floyd album IMHO ’The Final Cut’ does that album no favours either but if nothing else, highlights just how refined and insightful a lyricist Roger Waters had become.

From there, songwriter/band leader Roger Waters left and guitarist David Gilmour roped in the best session musicians money could buy, and created a faux Floyd that was pretty convincing… but still, just a touring money machine. ’Learning To Fly’ is stilted, insipid, mute commercial funk-rock, and ’Sorrow’ is just, well, one of the best Floyd tracks ever, ponderous, moody, dark and brooding. But by the time the bands swansong of ‘Division Bell’ came about (represented here with a pointless edit of ’Marooned’, ‘Keep Talking’ and the elegiac ’High Hopes’), the creative bolt had been shot. And unfortunately, it shows here more than anywhere else.

Really, this is a far from essential purchase if you own the original albums: only one track here (’When The Tigers Broke Free’) could count as a rarity. And as such, it’s mainly a superfluous collection, doing a major disservice to the band. Really, collecting tracks from albums meant to be listened to as an entire experience and dishing them up as reheated remastered leftovers is hugely unsatisfying, and a poor, erratic, idiosyncratic tracklisting that is unfulfilling, is a far from perfect way to remember a band that defined a generation, even if that generation is that of your parents.

Pink Floyd were one of the most truly influential bands ever, and in their prime, nothing short of excellent. This compilation is nothing more than a rebaked, reheated, cash-in. If you’re gonna get any Pink Floyd records, avoid this like the plague, and get the original albums: they render this set useless, and irrelevant. It doesn’t stop the music within these two CDs being anything short of brilliant, heart rendering and hugely influential, but it does mean that this compilation is a huge and irrelevant waste of money, effort, and plastic. Tape it off your dad, don’t bother to buy it, coz it’s destined to go on coffee tables and boardrooms everywhere....

(and btw, if you wanna compile it yourself, here’s the tracklist: Arnold Layne / See Emily Play / Astronomy Domine / Bike / Set The Controls For The Heart Of The Sun / Jugband Blues / One Of These Days / Echoes / Time / Great Gig In The Sky / Money / Us And Them / Wish You Were Here / Shine On You Crazy Diamond / Sheep / Another Brick In The Wall 2 / Happiest Days Of Our Lives / Hey You / Comfortably Numb / When The Tigers Broke Free / Fletcher Memorial Homes / Learning To Fly / Sorrow / Marooned (Excerpt) / Keep Talking / High Hopes)