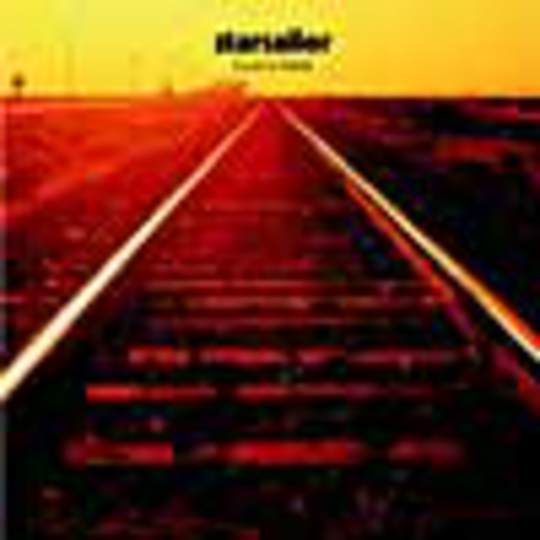 You’re more likely to love Starsailor than like them, and you’re more likely to despise them than simply have a mild distaste. I think if you are for the latter, it’s probably down to the dullness of their music. Because on the surface, Starsailor are incredibly dull. There is not one remotely exciting thing about them; they have your average indie band set up, they are not angry or loud and they don’t want to rebel.

But if you love Starsailor you probably don’t care about these things. And * Love Is Here* is a testament to why you shouldn’t. This album will not make your jaw drop due to something you’ve just heard; it will not give your world a whole new meaning. However, it will add a pretty good album to your collection.

When Starsailor reach their peak it’s when they’re happy. Good Souls is a brilliant guitar epic, and is the sound of a band combining their individual strengths to great effect. Yes, so it sounds very much like The Verve, well * Smells Like Teen Spirit* was an acknowledged Pixies rip off.

And then there’s * Lullaby. * Lullaby is one of the sweetest and….loveliest song you will have heard in ages. If this song doesn’t convince you that Starsailor are at least not a bad band, I doubt anything will.

But this album is full of faults. They’ve re-recorded and totally ruined Coming Down and the title track. Coming Down has been stripped down to acoustic guitar and vocals only, and now sounds limbless. Love Is Here’s original rawness has now been removed and it now sounds as though it has come out of Ikea. Other songs also seem overproduced and melodramatic at times. One thing Starsailor are certainly guilty of is trying too hard.

If you already like Starsailor you’ll like the album. If you don’t, I doubt you ever will. At least Wigan’s finest can now be safe in the knowledge that they’ve delivered to the people that matter. Not the media, the people that hate them but their fans.