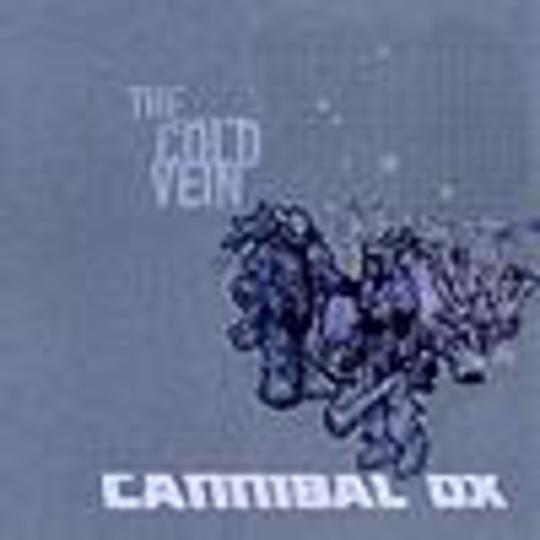 Words can be put together to make sentences. Some sentences contain no thought, no intellectual knowledge, in other words utter bullshit.

The same can be said for most rap artists. Lacing recycled beats with rhymes not even fit for a children's book.
If you think that all rap is about is money, women and cars then you need to hear this record just to get your facts straight. Turn off the TV and listen to something that isn't being force feed to you by your friendly record label. Get out the needle and tap 'The Cold Vein.'

Cannibal Ox's 'The Cold Vein' is a wake up call to all other rap, hip-hop and music in general.
Cannibal Ox are two MCs, Vast Aire and Vodul Megilah , right out of Harlem, NYC. Adding to that is that 'The Cold Vein'_ is produced by El-P, beat master behind now-defunct Company Flow. The beats are hard hitting with haunting melodies and samples laid on very heavily that compliment the two lyricists perfectly. The music remains listen able while at the same time crosses over to the avant guard side of things.
Not an easy listen for those used to mainstream hip-hop, but worth it nonetheless. It creates twisted funk and eerie cinematic soundscapes. Just as you thought you figured their sound out, your ears bear witness to a sonic mind game.

"Birds of the same feather flock together /Congested on a majestic street corner That's a short time goal for most of 'em/Cuz most of 'em /Would rather expand their wings and hover over greater things." is the picture they paint of the real New York City. This trip to the projects will have you forgetting what the likes of Jay Z and all others have once told you. This is Cannibal Ox's world, they inject you with lyrical visuals that takes you into their realm while at the same time cleansing you with their rhymes. "And if my face is worth a thousand words when it's scarred /I would only hope that two of those are coco and butta/ To heal the wounds of the tissue scarred to mark the death of my womb/But I've graduated, got my wings"

It's some of the most mature yet innovative and cutting edge hip-hop you'll hear this year.