If You've Never Been 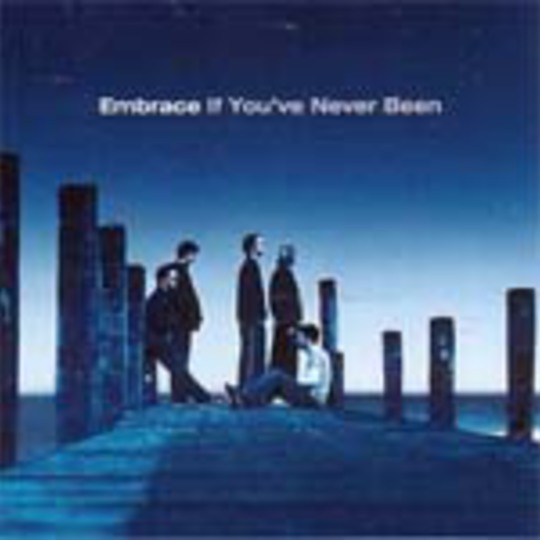 “If you’ve never been in love with anything” Richard McNamara tells us on the title-track of Embrace’s third record to date. And if you haven’t (been in love with anything, that is) then perhaps you might be best advised to avoid this album, as this is without doubt Embrace’s most heartfelt, sombre set of songs they have released in their relatively short career. On the other hand, if you believe good music is more about passion than the latest production techniques or that feeling and emotion is more important than over the top guitar solos then perhaps this is the record you’ve been waiting for, for years.

The third album, they say, is known as ‘the difficult’ album. One which can either make (Urban Hymns, Parklife, Screamadelica) or break a band (Be Here Now most notably). The band themselves claim 'If You've Never been' was in fact the least difficult to make. One which came together in 3 months, as opposed to a year for each of the previous two, and one where they had a bigger and better selection of songs than before. And that shows. The production is more raw and less polished (good thing in my opinion) and the songs themselves are perhaps some of the best they’ve written.

Not the sort of record you’d expect from the band who, only 3 years ago, were being hyped as the arrogant successors to Oasis’ Britpop throne. Or maybe that was just the media? Just the one listen to this record will have you wondering how the hell this band could ever be compared to a bunch of drunken louts playing rock’n’roll. Rock‘n’roll this is not.

The record starts really as it means to continue, with the beautiful, calm, melodic and almost lullaby-like opening track ‘Over’ “You drag yourself over the coals / I know you’re sorry to go / But when all you can do is say so / I know it’s over.” ‘Wonder’, the first single taken from the album, is the closest we get to the anthemic, whilst also heartfelt, songs Embrace have always promised but never quite delivered, they’re still not there but at least they’re getting closer. But when McNamara sings “if everyone has their shot and moves on”, you can only be left wondering whether Embrace had their chance 4 years ago when they were the new exciting band around. True, this is probably their best and most consistent record to date, but whether it will fulfill the potential many put on them before, is unlikely. Probably the only new listeners the band can hope to achieve with this record are the Radio 2 listeners, which the band have already performed a set of live tracks for.

Standout out track is the superb mid-tempo number ‘Hey, What You Trying To Say’. This song defines everything which the band are about. Melodic, simple tunes, only it doesn’t have the “la la la la” part which almost every other Embrace song has. Which is a good thing. There are still small traces of the old Embrace, however. 'It's Gonna Take Time' is a traditional upbeat track, reminisant of their early days and the title track provides a refreshing tempo change, sandwiched inbetween a couple emotional, straight from the heart songs.

Embrace have returned with their most compelling piece of work to date. It doesn’t base itself on the strength of a few uplifting anthems like their previous work has, instead going for the thoughtful, tender approach. And it's all the better for it.